Book Series Religion (Outside a Series)
About this series

Pilgrimage in the Christian Balkan World

The Path to Touch the Sacred and Holy

Pilgrimage in the Christian Balkan world illuminates the devotional ʽpath to touch the sacred and holyʼ, highlighting the interactions between religious history and local traditions, the centers of various ethnic groups and the expressions of their identities, ritual behaviors and performances of local cultural practices, as well as the contingence of politics and the economy.

Dorina Dragnea has a PhD in ethnology and cultural anthropology, and works for the National Institute of Heritage, Romania. She also works within the projects conducted by the Institute of Romanian Philology ʽBogdan Petriceicu Hașdeu᾿ in the Republic of Moldova and on those initiated by the Balkan History Association (Romania), of which she is vice-president. She has conducted research stays in Slovakia (2020-2021) Germany (2021), Denmark (2021), etc. Her research interests are focused on intangible cultural heritage, folk religion, material culture, and cultural landscapes. She is the author of one monograph, chapters in collective volumes, and over twenty scholarly and refereed journal articles.

Emmanouil Ger. Varvounis is Professor of Folklore in the Department of History and Ethnology, Director of the “Laboratory of Folklore and Social Anthropology” of the Democritus University of Thrace, and Dean of the School of Classics and Humanities. He is also Director of the “Centre for Ecclesiastical, Historical and Cultural Studies” of the Holy Metropolis of Samos and Ikaria. He holds the title of Doctor Honoris Causae from four universities (USA, Romania, Greece) and is a full, corresponding or honorary member of eight Academies (USA, Italy, Spain, Portugal, Austria, Germany), as well as Honorary Member of the Department of Classical Philology and Modern Greek of the University of Bucharest.

Evelyn Reuter studied Ethnology, Protestant Theology and Southeastern European Studies at the Martin-Luther-Universität Halle-Wittenberg and at the Friedrich-Schiller-Universität Jena, Germany. She did her doctorate at the Friedrich-Schiller-Universität Jena on the topic “The ambiguity of shared religious places. An ethnographic case study on the monastery Sveti Naum in Ohrid (Macedonia)”; the monograph has been published in 2021 in German. She is a visiting lecturer for Southeastern European Studies and Religious Studies at the universities of Jena and Bremen, Germany. Her research interests include: qualitative empirical research of religious phenomena in post-socialist transformation processes, shared religious places, pilgrimage and saint veneration and religious minorities.

Petko Hristov has a PhD in Ethnology, and is Associate Professor at the Institute of Ethnology and Folklore Research with the Ethnographic Museum at the Bulgarian Academy of Sciences. Over the past few years, his main scholarly interests involve studying labour migrations in the Balkans; the construction of social networks among trans-border migrants; family and kinship; political anthropology and religiosity. He is author of the book Community and Celebrations. The Sluzba, Slava, Sabor and Kourban in South Slavic Villages in the First Half of 20th Century (2004) awarded for best academic achievement in Humanities from the Union of Bulgarian Scientists in 2007. He has published over 150 articles in a number of international journals and collections in renowned scholarly series.

Susan Sorek studied for her first degree in Ancient History and Archaeology in Lancaster and then went on to complete an MA at Swansea University and obtained a PhD in Ancient History with the University of Wales. Recently she has worked for Oxford University teaching ancient Greek, Hebrew and Aramaic. She is the author of many books on ancient history including: The Emperor's Needles Obelisks in Rome (2010); Ancient Historians: A Student Handbook (2012); Remembered for Good: Jewish Benefaction System in Ancient Palestine (2010); Jews against Rome (2008); The Man who Killed Richard III (2015). She is currently working on a book about the emperor Augustus. She has beeninvolved in various research programs and conferences.

The purpose of this volume is to explore, re-interpret and re-contextualise the various natures of practices performed by the Orthodox and Catholic pilgrims in Balkan countries in their devotional ʽpath to touch the sacred and holyʼ through the prism of pilgrimage contents, and their articulating, using, and handling strategies. Inter- and transdisciplinary perspectives constitute a strong point for exploring the essence of this collective practice of worship, which is theoretically and critically interpreted, and chronologically and diachronically analysed. Therefore, the various visions of the authors, formed on the basis of qualitative and critical analysis of primary (ethnographic and folkloric data from field interviews, archive documents, samples, etc.) and secondary sources, come to fill a gap in research on pilgrimage in southeast Europe, and especially on pilgrimage practices in Eastern Orthodoxy. Particularly, the ritual practices, sacred places in contemporary Balkan societies, religious folklore, divine intervention stories, miracle-working icons, relics and reliquaries as part of the structure of pilgrimage are discussed.

The authors explore the context in which the Christian shrines in the Balkans are spaces where the ethnic and denominational patterns in pilgrimage are revealed openly on multiple levels; they delve into how the correlative effects between politics and religion are manifested. The authors focus on theoretical analysis and stressing of the historically and contemporary behaviour performed by the Christian pilgrims, highlighting the fact that the motivations for going to the sacred places can weave and transcend, from the purpose of seeking and obtaining Divine help to leisure, religious/faith tourism, etc.

Approaching a Metaphor: Touching the Sacred and Holy. Introduction by Dorina DRAGNEA and Emmanuil Ger. VARVOUNIS

Christian Shrines as a Space of Ethnic and Religious Interrelations. Two Cases in Kosovo and Albania, Aleksandra DUGUSHINA and Alexander NOVIK

The Phenomenon of Pilgrimages on the East Adriatic Coast between the Middle of the Thirteenth and the End of the Fifteenth Centuries, Zoran LADIĆ

Holy Journey to the Monastery or at the Wonderworking Icon of the Neamț as Described by Archimandrite Andronic Popovici, Ion GUMENAI

Pilgrimages and Pilgrims in the Arad Region as an Expression of the Confessional, Ethnic and Socio-political Realities (1700-1939), Maria Alexandra PANTEA

Pilgrimage in the Romanian Orthodox Church. Aspects of the Pedagogy of Faith, Constantin NECULA

The Pilgrimage Practice in Moldova as a Medium for Displaying of the Official and Vernacular Religiosity, Dorina DRAGNEA

From a Local Sanctuary to the ‘Ostrog of the Djerdap᾽. The Role of Monasticism in Creating the Most Visited Pilgrimage Destination in Serbia, Biljana ANĐELKOVIĆ

From Pilgrimage to Festival and Commerce. Changes in the Use of Space in the Pilgrimage to the Church of St Barbara in the Municipality of ‘Aghia Varvara᾽ in Attica, Greece, Georgios KOUZAS 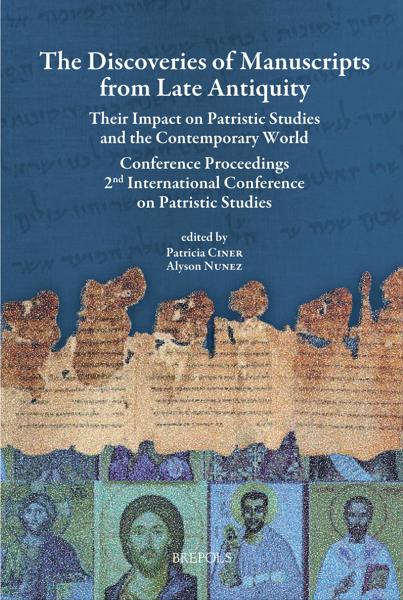 The Discoveries of Manuscripts from Late Antiquity View publication 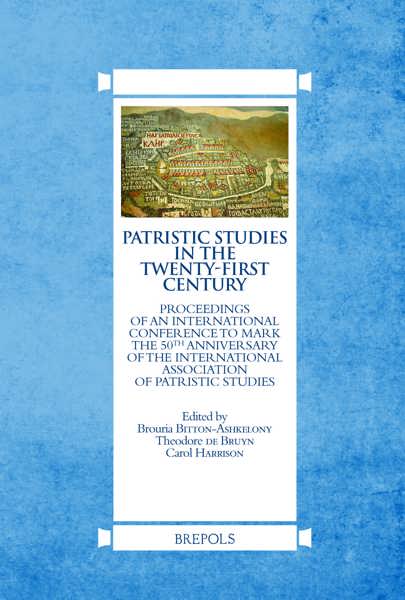