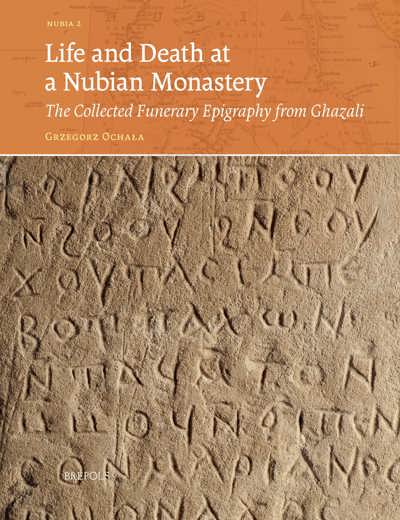 The Collected Funerary Epigraphy from Ghazali

The volume is a comprehensive edition of funerary epigraphic monuments in Greek and Coptic from the monastery of Ghazali (Sudan). The catalogue of inscriptions is accompanied by an extensive and thorough analysis of both the context and the contents of the ensemble.

Grzegorz Ochała is assistant professor at the Faculty of Archaeology of the University of Warsaw. He specialises in literary cultures of the medieval Nile Valley and works on epigraphic and papyrological material in Greek, Coptic, and Old Nubian.

The Christian monastery of Ghazali, located in Wadi Abu Dom, in northern Sudan, is one of the most famous archaeological sites within the country. Built by the Makurians in the seventh century AD, it flourished until its abandonment in the thirteenth century, and its picturesque ruins became a popular tourist attraction in the nineteenth and twentieth centuries. During the period of the monastery’s activity, it was an important religious centre, a place where monks lived, worshipped, died, and left important information about their lives buried in the archaeological record.

This volume offers a catalogue and in-depth analysis of over two hundred funerary epigraphy monuments, inscribed in Greek and Coptic, onto stone stelae and terracotta plaques, that have been uncovered at Ghazali and that bear an important witness to life and death at the site. The meticulous epigraphic and philological work presented here is combined with a detailed discussion of the ensemble, including their archaeological context, material aspects, language use, and formulary. The analysis of onomastic practices and the monastic hierarchy supplements the picture and brings to the fore both individual persons and the community responsible for the production of these texts. 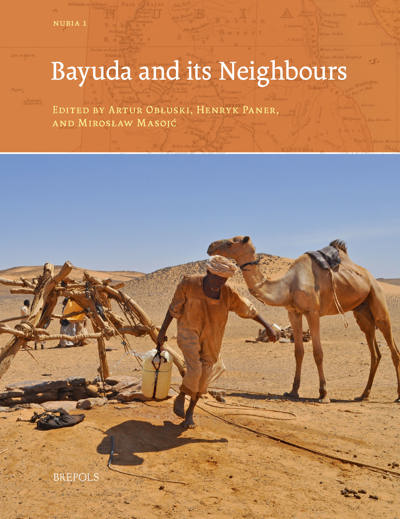 Bayuda and its Neighbours View publication