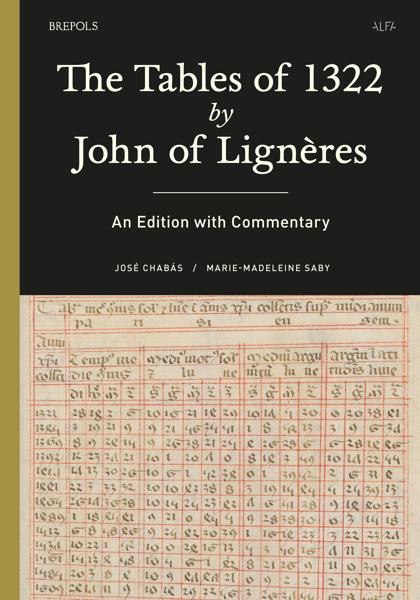 The Tables of 1322 by John of Lignères

An Edition with Commentary

This monograph provides an edition of the Tables of 1322 by John of Lignères, the earliest major set of astronomical tables compiled in Latin astronomy.

José Chabás is emeritus professor at the Universitat Pompeu Fabra, Barcelona, and has authored several monographs on the history of astronomy.

Marie-Madeleine Saby is archivist-paleograph, librarian at university Grenoble-Alpes and wrote her Ecole des Chartes’ thesis on “The canons of 1322 by John of Lignères” (unpublished).

Medieval astronomers used tables to solve most of the problems they faced. These tables were generally assembled in sets, which constituted genuine tool-boxes aimed at facilitating the task of practitioners of astronomy. In the early fourteenth century, the set of tables compiled by the astronomers at the service of King Alfonso X of Castile and León (d. 1284), reached Paris, where several scholars linked to the university recast them and generated new tables. John of Lignères, one of the earliest Alfonsine astronomers, assembled his own set of astronomical tables, mainly building on the work of previous Muslim and Jewish astronomers in the Iberian Peninsula, especially in Toledo. Two major sets had been compiled in this town: one in Arabic, the Toledan Tables, during the second half of the eleventh century, and the Castilian Alfonsine Tables, under the patronage of King Alfonso.

This monograph provides for the first time an edition of the Tables of 1322 by John of Lignères. It is the earliest major set of astronomical tables to be compiled in Latin astronomy. It was widely distributed and is found in about fifty manuscripts. A great number of the tables were borrowed directly from the work of the Toledan astronomers, while others were adapted to the meridian of Paris, and many were later transferred to the standard version of the Parisian Alfonsine Tables. Therefore, John of Lignères’ set can be considered as an intermediary work between the Toledan Tables and the Parisian Alfonsine Tables. 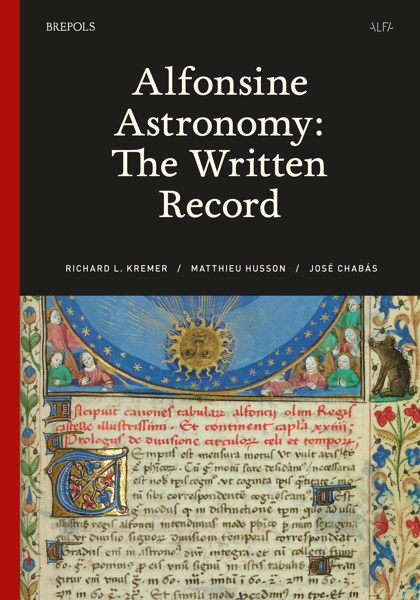