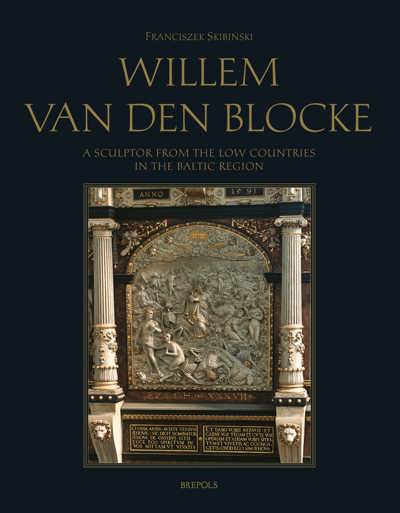 Willem van den Blocke: A Sculptor of the Low Countries in the Baltic Region

Willem Van den Blocke was one of the most accomplished sculptors of the late sixteenth century in the Baltic Region and in Central Europe. His career perfectly exemplifies the challenges encountered by Netherlandish sculptors abroad in the sixteenth century.

Although entirely forgotten until the beginning of the nineteenth century, Van den Blocke was one of the most accomplished sculptors of the late sixteenth century in the Baltic Region and in Central Europe. Willem van den Blocke’s activities in the Baltic region provide an excellent basis for a case study, since his career perfectly exemplifies challenges encountered by Netherlandish sculptors abroad in the sixteenth century. Born in Mechelen around 1550 and most probably apprenticed to the studio of Cornelis Floris, he was dispatched to Königsberg (Kaliningrad) in Prussia to erect the grand tomb of Duke Albrecht Hohenzollern in 1569. After completing this task, he settled in Königsberg. In 1582, Van den Blocke moved to Danzig (Gdańsk) and remained there until around 1620. In the Baltic region, he created sumptuous tombs and epitaphs, commemorating e.g. the Swedish King Johan III Vasa. He worked for members of the Báthory family and the Polish, Swedish, and Prussian nobility, as well as for the urban elites of Danzig, Elbląg (Elbing), and Toruń (Thorn). Despite his importance for the artistic development in the Baltic region, knowledge about Van den Blocke’s life and activities has nonetheless remained limited. Only in recent years the artist began to feature in discussions about the impact made by Netherlandish sculptors in sixteenth-century Northern Europe. This book offers a detailed investigation of the origins of his art and design strategies, of his workshop practice, his relationship to other artists, his adaptation to the requirements encountered abroad and his patronage. In addition, a thorough analysis of Van den Blocke’s work, following these new avenues of research, allows for a better understanding of the dynamic processes shaping art and architecture during a period of profound transformation of the European artistic landscape. A study of Netherlandish sculptors working abroad is important precisely because it may extend our understanding of the process of dissemination and redefinition of new artistic languages as a dynamic and multilayered phenomenon that involved interaction and exchange among artists of diverse backgrounds. Furthermore, the transfer of artistic models and ideas into a new cultural situation required their adaptation to the requirements of another culture and in turn influenced that culture as well. Only an extended study of the cultural, social, and political context of their activities, combined with a traditional analysis of artistic forms, can reveal the significance of Netherlandish artists and their work.