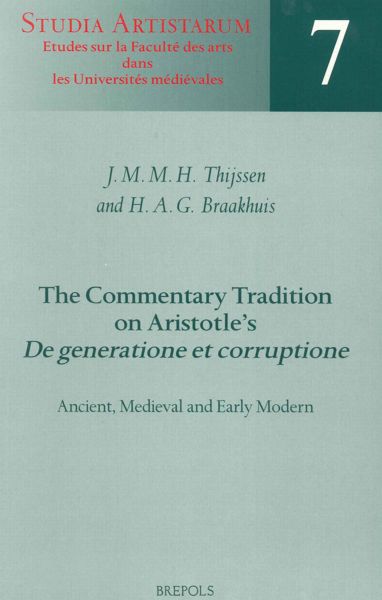 In this book, a dozen distinguished scholars in the field of the history of philosophy and science investigate aspects of the commentary tradition on Aristotle's De generatione et corruptione, one of the least studied among Aristotle's treatises in natural philosophy. Many famous thinkers such as Johannes Philoponus, Albert the Great, Thomas Aquinas, John Buridan, Nicole Oresme, Francesco Piccolomini, Jacopo Zabarella, and Galileo Galilei wrote commentaries on it. The distinctive feature of the present book is that it approaches this commentary tradition as a coherent whole, thereby ignoring the usual historiographical distinctions between the Middle Ages, the Renaissance, and the seventeenth century. Frans de Haas and Henk Kubbinga address the Greek commentary tradition on De generatione et corruptione. Simone van Riet's essay is devoted to the Latin version of Avicenna's third treatise of his Kitab al Shifa, which discusses Aristotle's De generatione et corruptione. James Otte traces the intricate history of the identification of the Latin translator of Aristotle's treatise as Burgundio of Pisa. The essay by John Murdoch explores the fortuna of atomistic arguments in the Latin commentary tradition. Jürgen Sarnowsky, Henk Braakhuis, and Stefano Caroti examine various themes in the commentaries that were produced by the so-called Buridan School, that is, John Buridan, Albert of Saxony, Nicholas Oresme, and Marsilius of Inghen. The article by Silvia Donati focuses on the influential commentary by the Expositor, Giles of Rome. The final essay, written by Anita Guerrini, tackles Robert Boyle's attitude in the Origin of Forms and Qualities toward such Aristotelian key concepts as forms, matter, qualities, and mixture. These essays are prefaced by a preliminary survey by Hans Thijssen of Aristotle's text, its Latin translations and its Greek, Arabic and Latin commentaries. 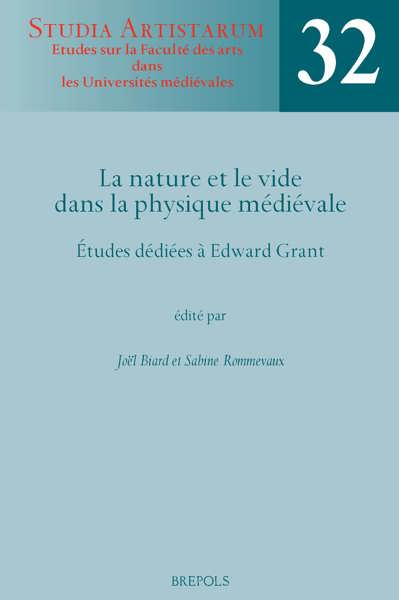 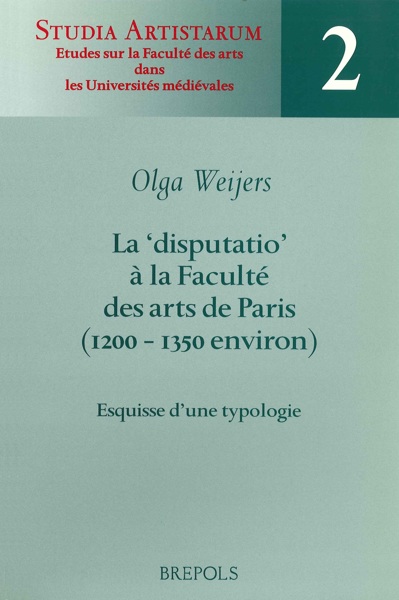