Journal Peritia , vol. 08
About this journal

Peritia is the journal of the Medieval Academy of Ireland and it is devoted to the advancement of Medieval Studies in the broadest sense of that term, including history, languages, law (canon and secular), archaeology and the ancillary disciplines. It is especially strong on Insular Latin, computistics, and palaeography, and it has carried notable contributions on hagiography, art history and archaeology, literature, Irish vernacular law, and the history of the later middle ages. It has a lively and wide-ranging review section. D.Howlett, The earliest Irish writers at home and abroad, T.O'Loughlin, The Latin version of the Scriptures in use in Iona, J.Borsje, The monster in the river Ness in Vita Sancti Columbae: a study of a miracle, M.Cahill: is the first commentary on Mark an Irish work, Some new considerations, D.McCarthy: the computus and the Annals of Ulster, W.O'Sullivan: The Lindisfarne Scriptorium: for and against, M.Clayton: Centralism and uniformity or localism and diversity: the Virgin and native saints in the English monastic reform, T.M.Charles-Edwards, A contract between king and people in early medieval Ireland: Críth Gablach on Kingship, P.Smith, A Middle-Irish poem on the authors and laws of Ireland, P.Holm, Between apathy and antipathy: the Vikings in Irish and Scandinavian history, K.Murphy, Bassilica Sci Mar Inuaedritlaeum: a suggestion, J.Bradley: Killaloe: a pre-Norman borough?, D.Wulstan, Goliardic rhythm with special reference to the Play of Daniel, the Dublin Sepulchre Drama and the Carmina Burana, Reviews. 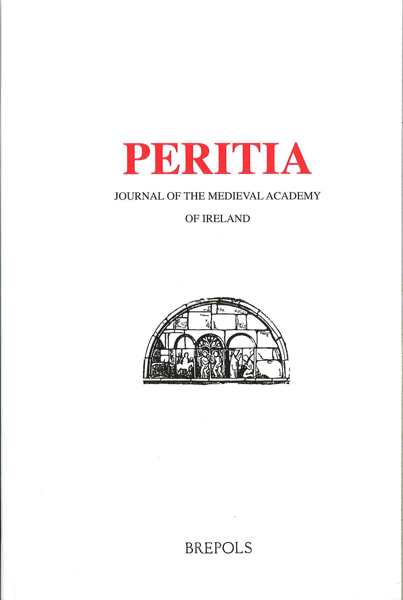