Book Series The Paper Museum of Cassiano dal Pozzo. Series A: Antiquities and Architecture, vol. 10
About this series 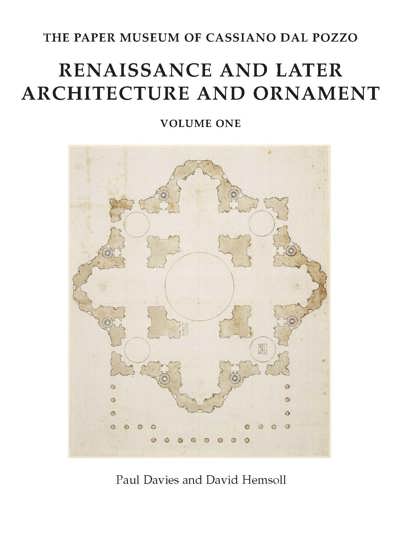 Renaissance and Later Architecture and Ornament

"Collectively, these catalogues will document a seventeenth-century research center of fundamental interest and importance." (William Stenhouse, in: Renaisssance Quarterly, Vol. LXVIII, No. 4, p. 1376)

This two-volume catalogue is the second part of the catalogue raisonné devoted to architectural and topographical drawings from the Paper Museum commissioned and collected by Cassiano dal Pozzo (1588–1657) and his younger brother Carlo Antonio (1606–89). The first Part (A.IX), published in 2004, was dedicated to drawings of ancient Roman topography and architecture; this one covers Renaissance and seventeenth-century architectural drawings.

These are now divided between the Royal Library at Windsor Castle, the British Museum and numerous other collections. Bringing them together emphasises the range and quality of the collection, and their comprehensive coverage of Renaissance architecture, including churches, palaces, villas and military fortifications, as well as designs for architectural fitments and decorative schemes. Many of these are live project drawings from the hands, workshops or immediate circles of distinguished sixteenth- and seventeenth-century architects, including Raphael, Giulio Romano, Antonio da Sangallo the Younger and Gianlorenzo Bernini. As such they are connected with some of the most important buildings constructed or remodelled during this period, among them St Peter’s and St John Lateran in Rome and the princely palaces in Mantua, Piacenza and Granada in Spain. A smaller group of drawings is associated with architectural theory and includes a remarkable series of façade schemes here attributed to Sebastiano Serlio.

The introductory essay in Volume One explores the distinctive character of this part of the dal Pozzo collection. It is followed by the catalogue entries, grouped into schemes for whole buildings, with the plans and elevations (or both) of ecclesiastical and secular works arranged according to their location in Italy or, occasionally, France, Spain and elsewhere. Volume Two is principally concerned with architectural fitments, such as church furnishings, doorways and chimneys, as well as painted decorations and carved ornaments. It then moves to military subjects, cataloguing drawings of fortifications, sieges and related subjects, followed by drawings of topographical views and two drawings, omitted in A.IX, of ancient decorative designs.

The principal authors, Paul Davies and David Hemsoll, are among the leading historians of Italian Renaissance architecture in the UK and have previously collaborated on the landmark monograph dedicated to the sixteenth-century architect Michele Sanmicheli (Electa Mondadori 2004), as well as on many other projects. Paul Davies is Reader of Architectural History at the University of Reading, and David Hemsoll is Senior Lecturer in the History of Art at the University of Birmingham.

Ian Campbell is Professor of Architectural History and Theory at Edinburgh College of Art and as the author of Part A.IX in the Cassiano series, Ancient Roman Topography and Architecture.

Simon Pepper is Emeritus Professor in the School of Architecture at the University of Liverpool and a historian of military architecture who has contributed the section dedicated to fortifications. 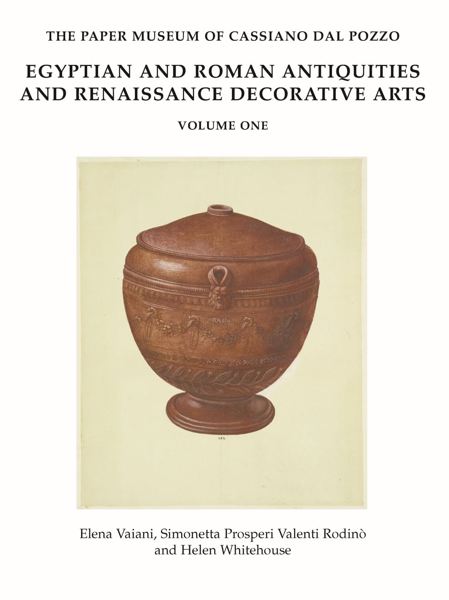 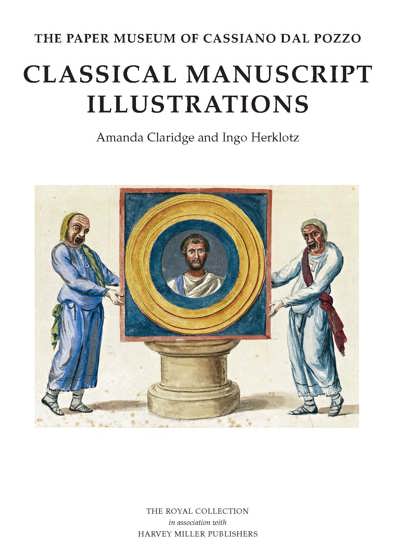 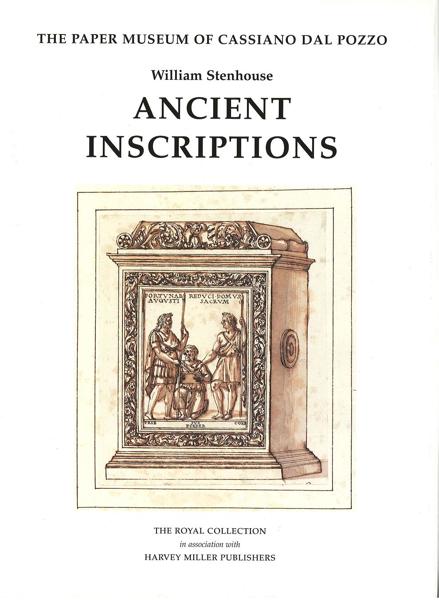 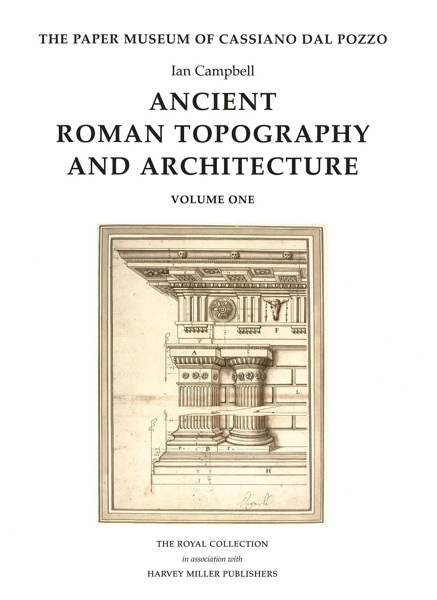