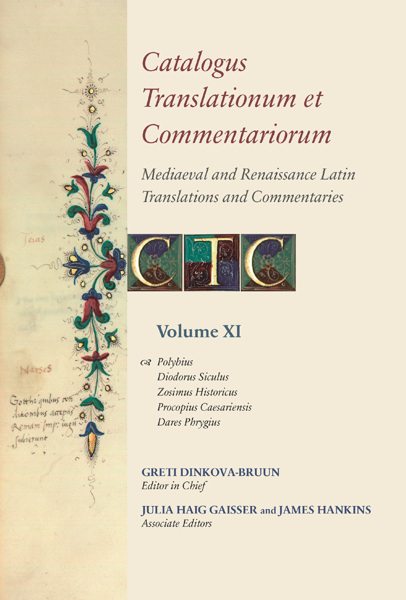 “This is the second volume of the Catalogus (the now seventy-year-old brainchild of the great Renaissance scholar Paul Oskar Kristeller) to be published in a new format under the editorship of Greti Dinkova-Bruun. By happy coincidence, all the articles it contains deal broadly with what may be described as ancient historiography. The four Greek contributions deal with two Hellenistic writers, Polybius and Diodorus Siculus, and two from late antiquity, Zosimus and Procopius of Caesarea. On the Latin side, the one entry deals with the widely disseminated and highly influential pseudohistory of the Trojan War by Dares Phrygius, also a product of late antiquity. As always, contributors combine detailed and accurate information about manuscripts and early printed editions with copious quotations of paratextual material. Each article begins with an overview of the author’s reception, in some cases reaching up to the present day. I am confident that this collection, like its predecessors, will quickly become the essential first port-of-call for scholars interested in the fortuna of the authors and works with which it is concerned.” – Keith Sidwell, University of Calgary

In this volume, the eleventh in the series, five full-length articles devoted to Polybius, Diodorus Siculus, Zosimus, Procopius of Caesarea, and the fictitious Dares Phrygius are supplemented by addenda and corrigenda to articles previously published on Valerius Maximus, Petronius Arbiter, Martialis, and Martianus Capella.

Founded in 1946 by Paul Oskar Kristeller, the Catalogus Translationum et Commentariorum has become an indispensable research tool for scholars interested in the history of the classical tradition in the West during the Middle Ages and the Renaissance. Each article treats a separate classical author, beginning with a detailed essay on the author’s reception from antiquity to A.D. 1600 and, in some cases, even up to the present day. This ‘Fortuna’ is followed by a comprehensive list both of manuscript and printed commentaries on each Latin author and, in the case of Greek authors, a list of Latin translations as well. Since the publication of the first volume in 1960, the Catalogus has published articles on nearly a hundred classical authors, with dozens more in active preparation. The project boasts an international team of contributors from fourteen countries in Europe and North America. Given the ever-growing interest in the history of classical reception across departments of English, European languages, and comparative literature, the foundational scholarship that is the hallmark of the CTC has become more vital than ever to research in the humanities. 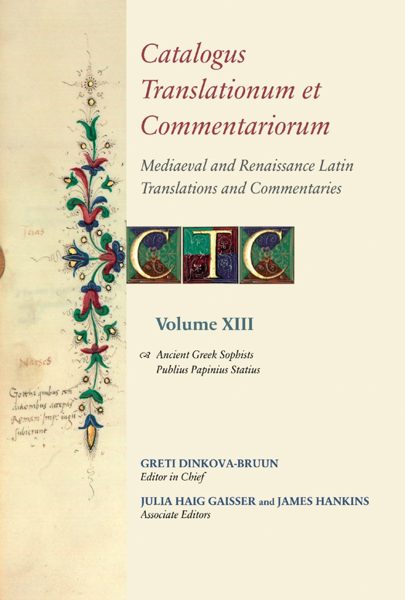 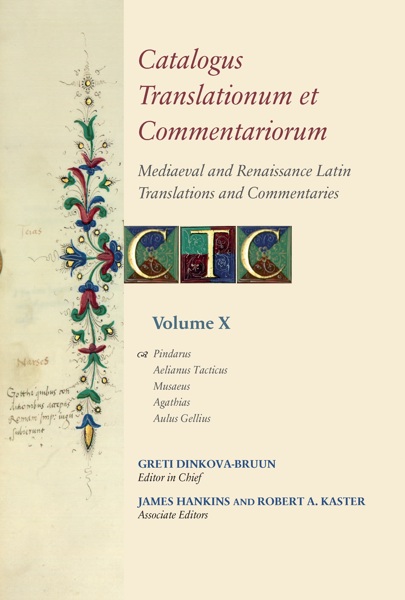