Book Series Studies and Texts, vol. 217
About this series 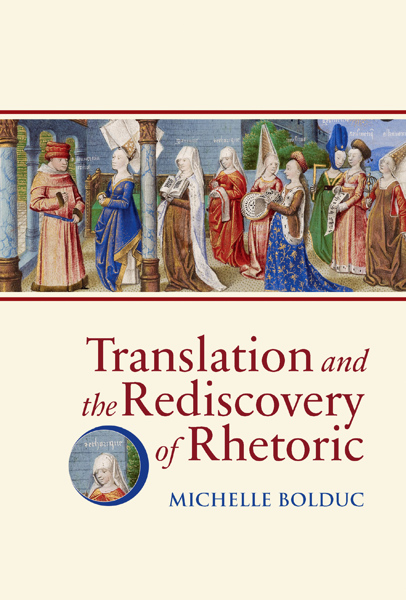 Translation and the Rediscovery of Rhetoric

“To the storied traditions of rhetoric in Europe, Michelle Bolduc opens up new chapters that offer a particular discovery for critics working in English. Brunetto Latini transmitting Cicero in vernaculars is one familiar genealogy; Latini, translated, in turn, by critic Jean Paulhan, a little recognized modern phase of transmission. Even less known, but no less significant, is the philosophical project of Lucie Olbrechts-Tyteca and Chaïm Perelman. Bolduc investigates this sequence as a way to think through the fundamental opera­tion of translation, as much a political activity in Europe savaged by world war as in Republican Rome or medieval city-states. The result is an uncommon reflection on the civic value of artful language and the transmission of knowledge that is one birthright of every humanist.” — Helen Solterer, Duke University

Michelle Bolduc is Professor of Translation Studies at the University of Exeter, and an internationally recognized scholar of translation studies and comparative medieval literature (French, Occitan, and Italian). Author of The Medieval Poetics of Contraries (2006), she has published extensively on medieval literature (and translatio) as well as on modern rhetoric, including the New Rhetoric Project, and its translation.

Translation and the Rediscovery of Rhetoric presents a diachronic case study of how translation is the means by which rhetoric, as the art of reasoning, becomes a part of a lineage of – and a resource for – an ethics of civic discourse. It shows how translation (as practice and as theory, via the medieval topos of translatio as the transfer of knowledge) serves as the vehicle for the transfer of rhetoric as an art of argumentation and persuasion from classical Greece and Rome to modern Paris and Brussels by way of medieval France and Italy.

This study explores a significant and quite specific transmission of rhetorical thought. Beginning with the Roman orator Cicero it proceeds to the medieval Italian notary, philosopher, and statesman Brunetto Latini, whose translations of Cicero’s De inventione would plant the seeds for the renewal of rhetoric as an art of persuasion and radically change the fate of rhetoric in the twentieth century in the work of the French literary critic Jean Paulhan and the Belgian philosophers Chaïm Perelman and Lucie Olbrechts-Tyteca.

In so doing, Translation and the Rediscovery of Rhetoric serves to underscore the importance of medieval culture to contemporary thought by studying not only how knowledge was transmitted from antiquity to modernity by means of translation, but also by revealing how the Middle Ages made an essential and traceable contribution to modern rhetorical studies.

Acts of Gubertinus de Novate, Notary of the Patriarch of Aquileia, 1328-1336 View publication 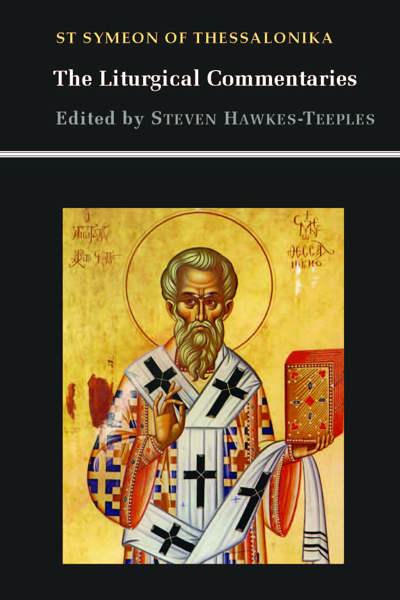