Book Series Studies and Texts, vol. 216
About this series 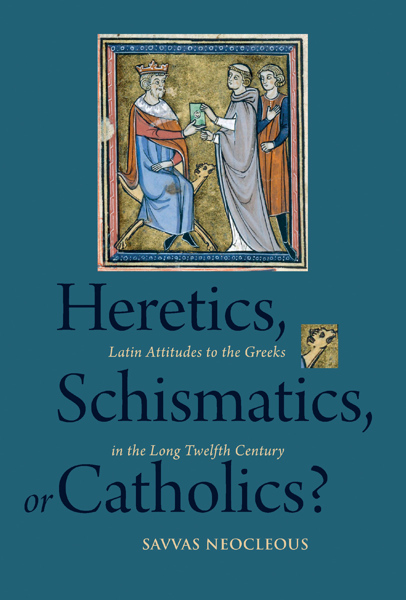 Heretics, Schismatics, or Catholics? Latin Attitudes to the Greeks in the Long Twelfth Century

“Neocleous' analysis of the Latin authors is careful, scholarly and full of insight (…) This book will provide a valuable and authoritative corrective to prevailing views of Latin and Orthodox Churches as either implacably opposed to each other, or as inevitably drifting apart throughout the twelfth century. It should be a final nail in the coffin of what is still erroneously referred to as the "eastern schism" of 1054” (Andrew Jotischky, in The Medieval Review, 02/11/2020)

Savvas Neocleous earned his doctorate from Trinity College Dublin and has held postdoctoral fellowships at its Centre for Medieval and Renaissance Studies as well as at the Pontifical Institute of Mediaeval Studies. He is currently a Research Associate in the Centre for Medieval and Renaissance Studies at Trinity College Dublin, and Teaching Fellow in the Department of History and Archaeology at the University of Cyprus. The editor of two volumes, including Papers from the First and Second Postgraduate Forums in Byzantine Studies: Sailing to Byzantium, he is also the author of several essays and articles in Byzantine and medieval history.

The political division of the Roman world into Western and Eastern Roman Empires at the end of the fourth century spurred the divergence of the Latinised Western and the Hellenised Eastern halves. According to a pervasive and deeply ingrained belief in modern academic, educational and popular literature, the ensuing antagonism on religious and cultural grounds between the two parts of medieval Christendom eventually led to the "schism of 1054." Less than fifty years after the schism, Greeks and Latins came into closer contact as a result of the crusades and the encounter was catastrophic, leading to the capture and sack of Constantinople in 1204 by the armies of the Fourth Crusade. This study, the first to deal exclusively with Latin perceptions of and attitudes toward the Greeks in terms of religion, aims to revisit and challenge the view that the so-called schism between the Latin and Greek Churches led to the isolation of the Byzantine Empire by the Latin states and eventually to the events of 1204.

Heretics, Schismatics, or Catholics? investigates a wide range of often neglected historiographical, theological, and literary sources as well as letters, and covers the period from the last quarter of the eleventh century, when Pope Gregory VII (1073–1085) first conceived the idea of the union of Christendom under papal leadership for the liberation of Eastern Christians, to the decades that followed 1204, when the crusading enterprise went out of papal control and ended up destroying the very empire which it had initially set out to defend. It brings rigorous analysis and a fresh perspective to bear on these antagonisms and divergences: it demonstrates persuasively the persistence of a paradigm of shared unity between Latins and Greeks and their polities within an integral Christendom over the course of the long twelfth century.

Chapter One: From Pope Gregory VII to the Eve of the Second Crusade

Chapter Two: From the Second Crusade to the End of Manuel’s Reign

Chapter Four: From the Preaching of the Fourth Crusade to the Latin Conquest of Constantinople (1198–1204)

Chapter Five: Reaction to 1204 and Attitudes toward the Conquered Greeks: The Official Latin Church

Chapter Six: Reaction to 1204 and Attitudes toward the Conquered Greeks: Evidence from Latin Writers 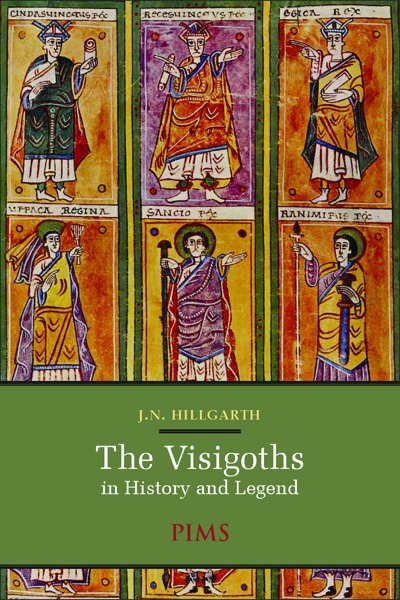 The Visigoths in History and Legend View publication