Book Series Studies and Texts , vol. 214
About this series 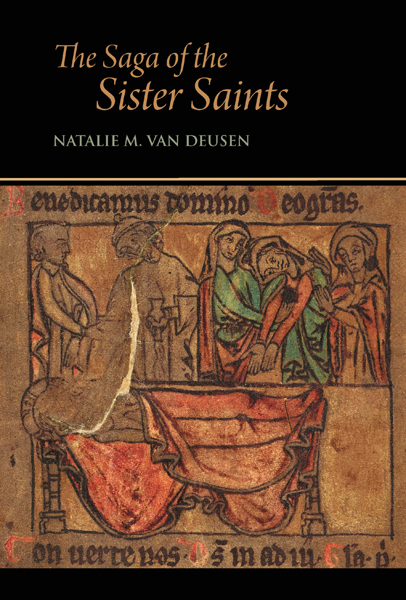 The Saga of the Sister Saints

“As a whole, the volume provides a valuable contribution to the study of the cults and hagiography of Sts. Mary and Martha, and will hopefully encourage interest in an under-studied area of medieval Icelandic literature.” (Margaret Cormack, in The Medieval Review, 21.01.15)

This book examines the cults and legends of Martha and Mary Magdalen in medieval Scandinavia, especially Iceland. While a number of parallels may be drawn between Iceland and mainland Scandinavia in terms of liturgical and artistic representations of Martha and Mary Magdalen, the Old Norse-Icelandic literary tradition stands apart from its Scandinavian counterparts in the cultural significance and relevance it gives to each of the "sister saints" in medieval Iceland, where the composite Mǫrtu saga ok Maríu Magðalenu was compiled in the mid-fourteenth century.

The historical study that opens the volume treats the manuscripts and Latin sources of the saga, lending insight into authorship and provenance; it also details representations of Martha and Mary Magdalen in liturgical materials, art, and literature from medieval Scandinavia, before turning to the saints’ cults and legends in medieval Iceland.

All the available evidence for the "sister saints" in Iceland from its Christianization in 1000 until around the time of the Reformation in 1550 is analyzed in detail, especially evidence from church inventories (máldagar) but also from literary works in prose and verse, as well as from charters and letters. Special attention is given to issues of style and content in the saga and, in particular, to views on women preachers in medieval Iceland.

The book concludes with a normalized edition of the only complete redaction of Mǫrtu saga ok Maríu Magðalenu, followed by its first English translation.