Book Series Studies and Texts, vol. 7
About this series

William of Auxerre's Theology of the Hypostatic Union

The Theology of the Hypostatic Union in the Early Thirteenth Century, I

For the theology of the Hypostatic Union (the union of the Son of God with the human form), the early thirteenth century was decisive, because in that period theologians resolved debates about three opinions on the subject that had divided earlier schoolmen. The second of these opinions now became commonly accepted, and this agreement influenced the great thinkers of the mid-thirteenth century, such as Albert the Great, Bonaventure, and Thomas Aquinas. The early thirteenth century also saw the entry of new philosophical currents that began to modify theological discussions and method. Discussion of the mode of union of divine and human natures in the person – or the hypostasis of the Word – involved theologians in analyses of nature, essence, substance, individual, hypostasis, person, unity, composition, and kinds of union. A study of this topic provides a good testing ground to see how much and in what way new philosophies actually took hold in this transitional period.

The four volumes of this study examine the thought of the most influential theologians of the Hypostatic Union in the early thirteenth century: William of Auxerre (ca. 1145–1231), Alexander of Hales (1186–1245), Hugh of Saint-Cher (ca. 1190-1263), and Philip the Chancellor (ca. 1170–1236). Each volume opens with an analysis of the philosophy used by the theologian, contributing to the history of a number of important philosophical concepts. There follows an examination of such topics as the Incarnation as a doctrine of faith, the mode of union in Christ, the divine participant in the union, the human nature assumed, and the communication of idioms.

Parallel organization of each volume allows easy comparison of the authors. A summary at the end of each volume draws the theologian’s thought together. A general summary at the end of the fourth volume provides a review and comparison of the contribution of the four theologians. The four volumes (ST 7 [William of Auxerre], 12 [Alexander of Hales], 19 [Hugh of Saint-Cher] and 32 [Philip the Chancellor]) are sold as individual volumes.

Nicole Oresme and the Marvels of Nature View publication 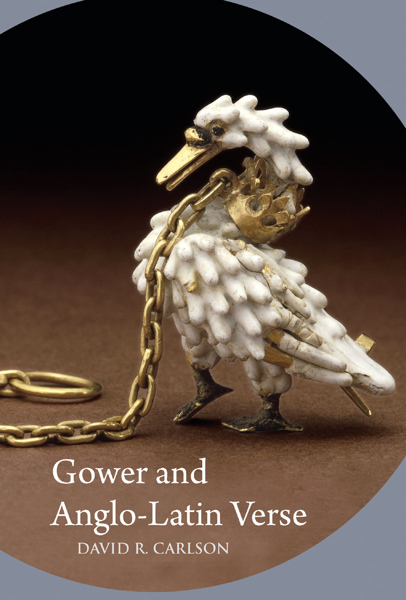