Book Series The Normativity of Sacred Images in Early Modern Europe , vol. 1
About this series 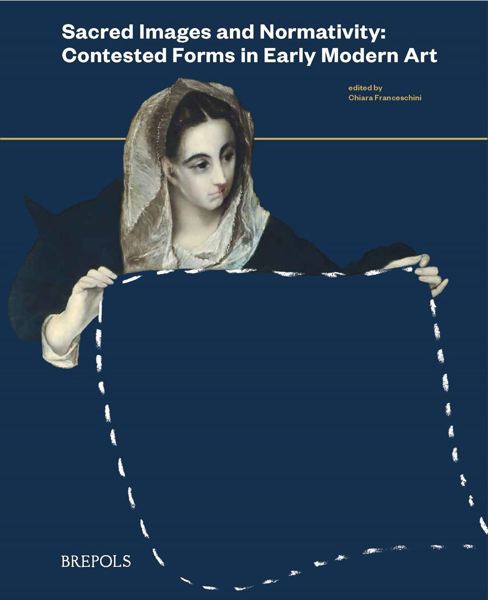 Chiara Franceschini is Professor of Early Modern Art History at the LMU and leads the ERC project and team SACRIMA, The Normativity of Sacred Images in Early Modern Europe. Her work is situated at the crossroads of the history of art, early modern history and visual culture. She has published Storia del Limbo (Feltrinelli, 2017), where she explores the debates surrounding salvation without baptism and images of limbo from Mantegna to Michelangelo, and she is currently preparing a new monograph on conflicts surrounding religious images in early modern Europe.

Early modern objects, images and artworks often served as nodes of discussion and contestation. If images were sometimes contested by external and often competing agencies (religious and secular authorities, image theoreticians, inquisitions, or single individuals), artists and objects were often just as likely to impose their own rules and standards through the continuation or contestation of established visual traditions, styles, iconographies, materialities, reproductions and reframings.

Centering on the capacity of the image as agent — either in actual legal processes or, more generally, in the creation of new visual standards — this volume provides a ﬁ rst exploration of image normativity by means of a series of case studies that focus in diﬀerent ways on the intersections between the limits of the sacred image and the power of art between 1450 and 1650.

The fourteen contributors to this volume discuss the status of images and objects in trials; contested portraits, objects and iconographies; the limits to representations of suﬀering; the tensions between theology and art; and the signiﬁcance of copies and adaptations that establish as well as contest visual norms from Europe and beyond.

Foreword
INTRODUCTION
Images as Norms in Europe and Beyond: A Research Program
Chiara Franceschini

I. Images and Trials

III. The Norm and the Copy

CHAPTER 9 In between Sacred Space and Collection:  An Altarpiece from Augsburg and the Norms of Catholic Art around 1600
Antonia Putzger
CHAPTER 10 The Tradition of Change in Copies of the Santa Casa di Loreto: The Case of San Clemente in Venice
Erin Giffin
CHAPTER 11 Sebastiano del Piombo: The Normative Sacred Image between Italy and Spain
Piers Baker-Bates