This volume on sacred trilingualism advocates a broad approach toward the phenomenon, in terms of both time and topics, not only by presenting case studies from medieval and early modern Europe, but also by offering a first kaleidoscopic view of the subject

Raf Van Rooy (*1990) is Marie Skłodowska-Curie fellow at the Department of Philosophy, Classics, History of Art and Ideas (University of Oslo) and senior postdoctoral fellow of the Research Foundation – Flanders (FWO) at the research group Comparative, Historical and Applied Linguistics (KU Leuven). Van Rooy investigates the history of linguistics and Greek studies with a special focus on the Neo-Latin world of early modern Europe. Recent books include Language or Dialect? (Oxford University Press) and Greece’s Labyrinth of Language (Language Science Press).
Pierre Van Hecke (*1970) is Professor of Hebrew Bible at the faculties of Theology and Religious Studies and of Arts of the KU Leuven. He is a member of the Research Unit Biblical Studies. He obtained doctorates in Oriental Studies (KU Leuven, 2000) and in Theology (Tilburg University, 2006).
Toon Van Hal (*1981) studied ancient languages and history. He is interested in the development and circulation of ideas on language throughout time. He teaches Ancient Greek linguistics, in addition to historiography of linguistics and elementary Sanskrit at the University of Leuven.

In 1517, the Brabant city of Louvain witnessed the foundation of the Collegium Trilingue (Three Language College). Funded by means of the legacy of the humanist and diplomat Jerome of Busleyden (d. 1517) and steered by guiding spirit Desiderius Erasmus, this institute offered courses in the three so-called sacred languages Hebrew, Greek, and Latin, which students could attend for free. However, this kind of initiative was not unique to Louvain in the early 16th century. In a time span of barely twenty years, Greek and Hebrew were also offered in Alcalá de Henares (near Madrid), Wittenberg, and Paris, among other places. It would not take long before these ‘sacred’ languages were also on the educational agenda at universities throughout the whole of Europe.

The present volume examines the general context in which such polyglot institutes emerged and thrived, as well as the learning and teaching practices observed in these institutes and universities. Devoting special attention to the study of the continuity, or rather the discontinuity, between the 16th-century establishment of language chairs and the late medieval interest in these languages, it brings together fourteen selected papers exploring various aspects of these multilingual undertakings, focusing on their pedagogical and scholarly dimensions. Most of the contributions were presented on the 2017 LECTIO conference The Impact of Learning Greek, Hebrew, and ‘Oriental’ Languages on Scholarship, Science, and Society in the Middle Ages and the Renaissance, which was organized at the occasion of the 500th anniversary of the foundation of the Louvain Collegium Trilingue.

I. Greek and Hebrew: Borders and Landmarks
Greek Studies in Renaissance Italy: Protagonists, Centers, and Areas of Impact (Luigi-Alberto Sanchi)
Hebrew Students and Teachers across Borders in the Renaissance (Saverio Campanini)

III. Knowledge in Practice: Greek and Hebrew in Active Use
Teaching Greek and Hebrew in Early Modern Estonia (Janika Päll & Anu Põldsam)
Greek among Other Academic Disciplines: The Case of a Handwritten Greek Oration from 16th-Century Lithuania (Thomas Veteikis) 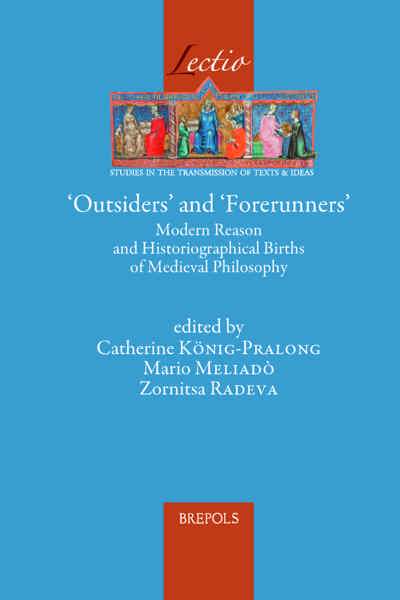 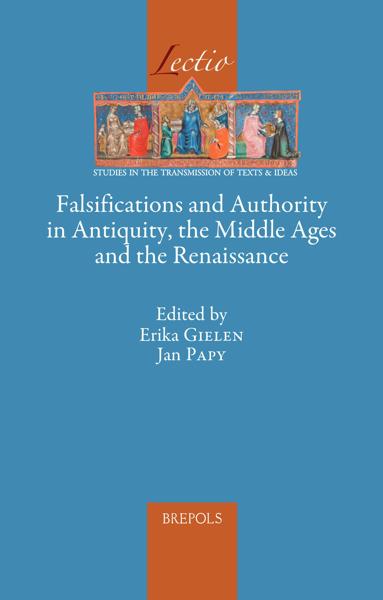 Falsifications and Authority in Antiquity, the Middle Ages and the Renaissance View publication 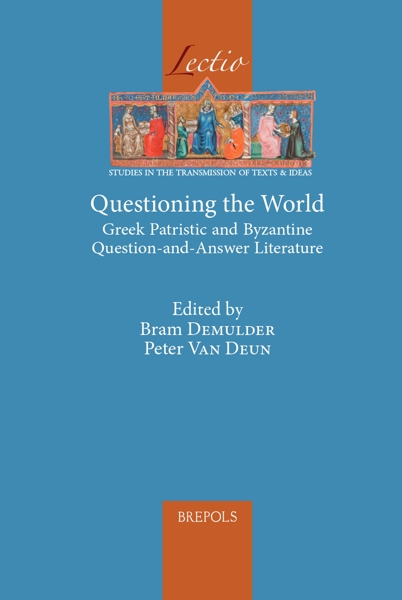 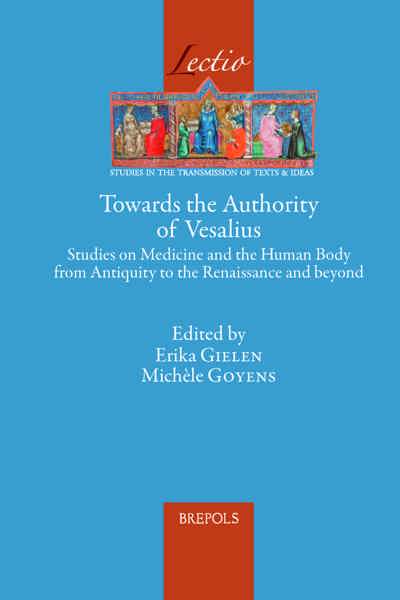 Towards the Authority of Vesalius View publication