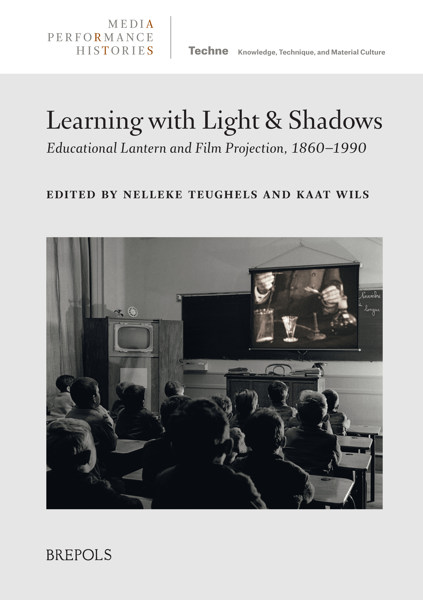 Learning with Light and Shadows

This volume aims to challenge the prevalent top-down approach to the history of the introduction and the use of new visual technology in modern education.

Kaat Wils is professor of modern European cultural history at KU Leuven. Her research is situated in the fields of the history of education, gender history, the history of the human sciences and the history of healing and medicine.

Nelleke Teughels is a historian at Geheugen Collectief, a project agency specialized in public history. Her research ranges from 19th- and 20th-century shopping culture and consumption history over the history of world exhibitions to the use of film and lantern projection in Belgian education.

Since the early 19th century, European pedagogical theory has stimulated a didactic turn towards the visual as an alternative to textual mediations of knowledge through books and lectures. Pedagogues and policymakers who strove for a more child-centred approach to teaching were soon joined by media producers and marketers in their aim to transform the classroom into a multimodal space for learning. From the turn of the 20th century onwards, teachers were increasingly pressured to incorporate high-profile media technologies such as stereoscopes, lantern and film projectors into their lessons.

This collection of essays focuses on European educational light projection, from its first appearance at the end of the nineteenth century through the 1990s, when digital image projection started to gradually replace analogue film, slide and overhead projectors. It explores the classroom use of these technologies. In doing so, it challenges top-down approaches to the introduction of new visual technology and questions discourses that characterize the relation of visual media technology to teachers as one of consumption. The studies in this volume demonstrate how everyday demands and preferences transformed the 'ideal' instructional culture as put forward by policymakers, producers and pedagogues, into distinctive didactic practices that worked around or went beyond the pre-imposed ways of usage of visual media products. The volume moves beyond the view of instructional technology as a one-way route to modernization and teaching efficiency. By laying bare the power relations, interests and ideologies at play, the contributions also lend insight into the intertwinement between politics, media, material culture and classroom practices.

Frank Kessler & Sabine Lenk, The Emergence of the Projected Image as a Teaching Tool in Higher Education (1860-1914)
Margo Buelens-Terryn, Taking the University to the People. The Role of Lantern Lectures in Extramural Adult Education in Early Twentieth-Century Brussels and Antwerp
Jamilla Notebaard, Nico de Klerk, The Photographic Turn in Visual Teaching Aids: Films and Slides for Schools in the Netherlands, 1911-1926

Wouter Egelmeers, ‘Deep and lasting traces’. How and Why Belgian Teachers Integrated the Optical Lantern in their Teaching (1895-1940)
Audrey Hostettler, Progressive Education and Early Uses of Film in Swiss Schools

Objects and Spaces of Change

Nelleke Teughels, Teachers’ Agency and the Introduction of New Materialities of Schooling: The Projection Lantern and Classroom Transformations in Antwerp Municipal Schools, c. 1900-1940

Joachim Schätz, DIY versus DITMAR 1006: The Economics, Institutional Politics and Media Ecology of Classroom Projectors Made in 1950s Austria

The political Made Visual 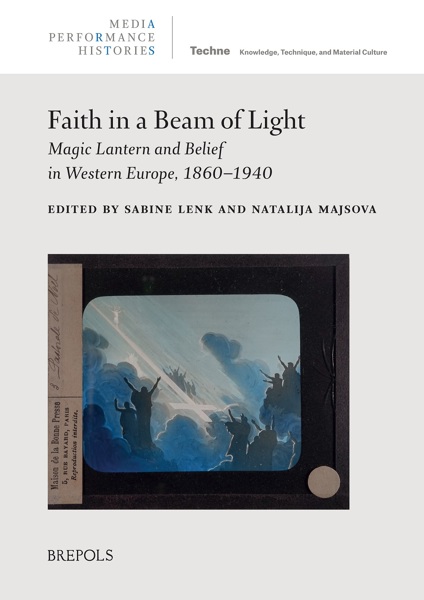 Faith in a Beam of Light View publication