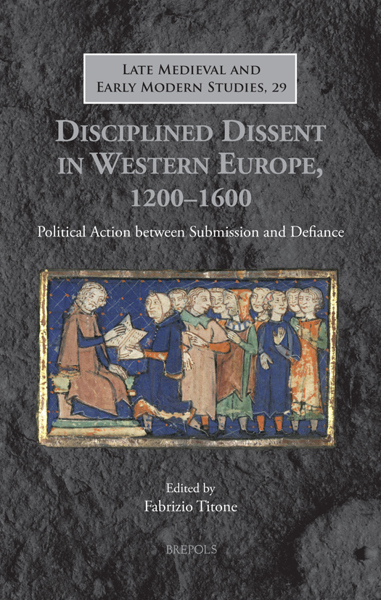 Political Action between Submission and Defiance

This volume offers new insights on forms of protest or political action in western medieval Europe, focusing on non-confrontational policies.

Fabrizio Titone is Senior Lecturer in Medieval History at the Universidad of País Vasco and P. I. of the project Beyond the Exercise of a Public Office: Political Recognition According to Disciplined Dissent in Later Medieval Europe. His research focuses on the institutions and society of Sicily, within its Mediterranean context and beyond, from the fourteenth to the sixteenth century.

This innovative collection explores the causes and effects of ‘disciplined dissent’ – forms of protest or political action positioned between the poles of submission and defiance. To identify the political influence of commoners, the emphasis is neither ‘top down’ nor ‘bottom up’ but on mutual influence and the interplay between rulers and ruled. Contributions concerning quite diverse polities show a careful opposition of non-elite people through an effort to respect the legislative system and to find common ground with the authorities. The aim was to emphasize aspects of the norms and institutions in favour of the benefit of the community, or to ensure adjustments of some aspects if found to be beneficial for the few and detrimental for many. The examination of non-violent pressure can help us to have a more exhaustive understanding of the protagonists, causes, and effects of socio-political changes in contexts of governmental development. The analysis includes cases of violent action that managed to secure royal approval. The premise of the book is that inequality, far from being accepted as normal and inevitable, was frequently questioned by less powerful people. When targeted by more or less evident forms of political marginalization, they laid claim to principles of justice and on this basis developed a critical comprehension of government, pursued a selective rejection of injustice, and gained recognition through negotiation.

Before the ‘Primo Popolo’: Politics and the Popular Movement at San Gimignano in the First Half of the Thirteenth Century— ENRICO FAINI

Putting Pressure on the Lord: the Fiscal Reforms of Pietro Gambacorta, Signore of Pisa (1370-1392) — ALMA POLONI

In the Name of the Commonweal : How did French Peasants Manage to Obtain a Legal Recognition of Their Rights to Self-Defence During the Hundred Years War? — VINCENT CHALLET 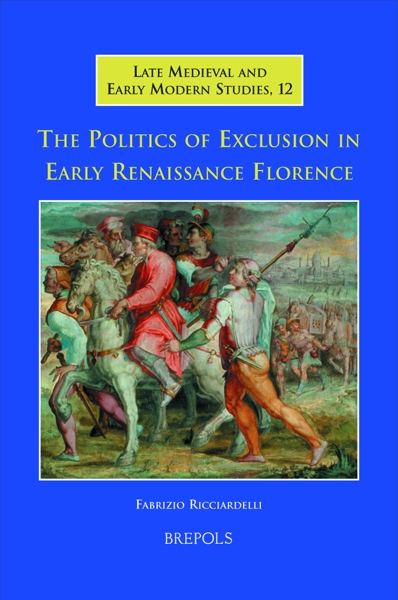 The Politics of Exclusion in Early Renaissance Florence View publication 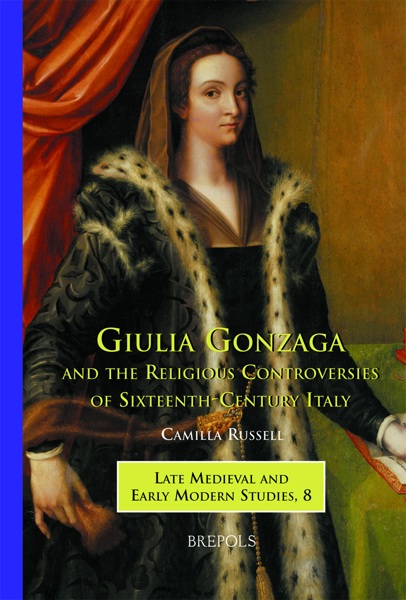 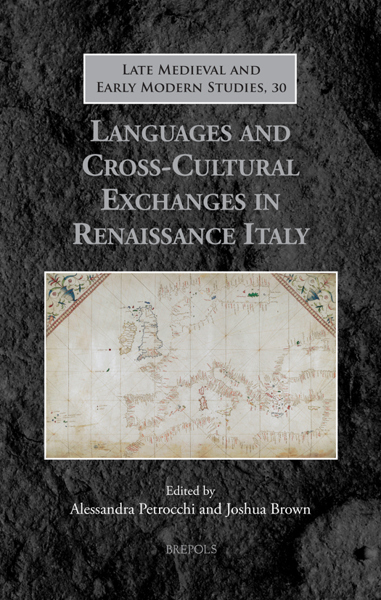