Book Series The Age of Descartes
About this series

A System with Obscurities and Light, and its Reception

The volume explores Descartes’ possible sources, his medical texts and observations, his collaborations and adversaries, and the reception in the seventeenth century culture with care to details, texts, relationship with physicians, and the various reception this attracted.

Fabrizio Baldassarri is a Marie Sklodowska Curie fellow at Ca’ Foscari Venice. He works on Descartes’ natural philosophy (and natural history), and especially on the application of his method on medicine, botany, and the life sciences. He also works on plants and vegetal life in early modern natural philosophy.

The volume provides a more exhaustive interpretation of René Descartes’ medical views and its reception in the seventeenth century. Filling the gap in the recent scholarship, the contributions in the volume follow four axes, one exegetical, one textual, one philosophical, and one contextual. Authors deal with Descartes’ physiology, anatomy, and therapy by reconstructing Cartesian texts, detail with possible medical and philosophical sources, discuss medical collaborations and oppositions, and explore obscurities and failures in Descartes’ medicine. In laying bare the more promising issues of Cartesian programme and discussing the reception and opposition in the seventeenth century, the volume also uncovers the limitations within his interpretation, ultimately revealing a more nuanced application of his methodology to a field of natural philosophy. While medical studies play a not secondary role in Descartes’ entire work, the volume aims to discuss in detail the importance of medicine as a suitable field to understand Cartesian philosophy from a significant perspective in seventeenth-century Europe.

1. F. Baldassarri (Ca’ Foscari/Bloomington) – introduction: the lights and shadows in Descartes’ medicine, the method as a medicine, the medicine as a methodology to achieve true knowledge and to confirm his philosophical project.

2. G. Manning (Claremon College) – Descartes’ Cartesian Medicine: the construction of medicine in Descartes’ thought and its application to his philosophy, with an attention to the 20th century.
3. S. Palagiano (University of Urbino) – Medical Perspective in Bacon’s Sylva Sylvarum: the presence of Bacon’s medicine in Descartes’ context
4. S. Guidi (ILIESI-CNR Rome) – Epigenesis and Generative Power in Descartes’ Late Scholastic Sources: the investigation of scholastic medical knowledge as a possible source for Descartes
5. J. Muller (Strasbourg University) – Ambroise Paré and René Descartes on Sensation in Amputated Limbs: the investigation of a medical source in Descartes’ sensation.
6. A. Bitbol-Hesperies (Paris) – Anatomical and Philosophical Issues on Hearts and Brains in L’Homme: the investigation of Descartes’ studies on the heart and the brain in the early 1630s to the publication of L’Homme in 1662 and 1664
7. T. Baker (Notre Dame U) – Descartes’ Images of the Eye and the Anatomical, Optical, and Philosophical Visual Tradition: the discussion of La Dioptrique and L’Homme and the contexts of optical studies
8. F. Baldassarri – On Something Descartes Never Studied: an exploration of the biomedical manuscripts (collected in AT XI)
9. L. Gaudemard (Aix Marseile U) – Embryology and dualism, a strong connection: a study on Descartes’ embryology and its relation with philosophy
10. C. Raymond (Lyon III) – From the Animal Instinct to the Mind’s Acknowledgment of the (in)commoda: a reconstruction of instinct in Descartes’ medical thought
11. J. Forsman (Tampere U) – Madness is somewhere between chaos and having a dream: a study of the first meditation and a detailed analysis of madness in early modern context
12. F.A. Meschini (U Salento) – Metaphysical diseases: on the mind-body composition in Descartes: a detailed exploration of diseases in the meditations and their affections on the pineal gland and the composite
13. P. Distelzweig (U St. Thomas) – Passions and health in Descartes: a reconstruction of the passions and the attempt Descartes propose to maintain and restore the health

Section3: Cartesians and Anti-Cartesianism in 17th- and 18th-Century Europe

22. D. Samuel (Warburg Institute) – The British Response to the Passions of the Soul: a reconstruction of the British context in which the passions of the soul were read
23. C. Schmechel (FU Berlin) – Fermentation in Cartesian Physiology: A Iatromechanistic Process: a study of fermentation in German context in the reception of Cartesian mechanical programme.
24. M. Conforti (La Sapienza, Rome) – se fusse meno cartesiano lo stimarei molto: anti-cartesian motifs in Italian Medicine: a survey of several cases (especially Di Capua) of Italian anti-cartesianims in medical science
25. F. Zurlini (Centro Firmano) – Cartesian medicine in the Court of Queen Christina of Sweden: a reconstruction of the role of Descartes’ medicine at the court of Christina.
26. N. Hamid (Concordia U Vancouver) – Descartes in Germany: Clauberg and other Cartesians: a survey of the reception of Descartes’ medicine at the medical faculty of Duisburg and the reception in other areas till Wolff
27. L. Adomaitis (Scuola Normale Superiore Pisa) – Beyond Mechanical Life: Biological Processes in 17th century medicine: a reconstruction of living processes in European culture as a contraposition to Descartes’ science of life.
28. A. Spink (Ohio State University) – Pierre-Sylvain Régis, the Pineal Gland and the Soul’s Simplicity: a study on Régis’ reception of Descartes’ medicine
29. F. Zampieri (U Padova) – Sceptical Mechanicism in 17th- and 18th-Century Medicine: Morgagni and Boerhaave: a survey of two major figures of medicine and their relationship with Cartesianism
30. S. Gulizia (U Statale di Milano) – Anti-Cartesian Tales of Animals: Johann Ludwig Hannemann: an exploration of the opposition to Descartes in and the attention to Paracelsian motifs in German 18th cenutury
31. D. Antoine-Mahut (ENS-Lyon) – Descartes médecin. A missing chapter in the history of Cartesianism: a reconstruction of the reception of Descartes’ medicine in seventeenth- eighteenth- and nineteenth-century Cartesianism. 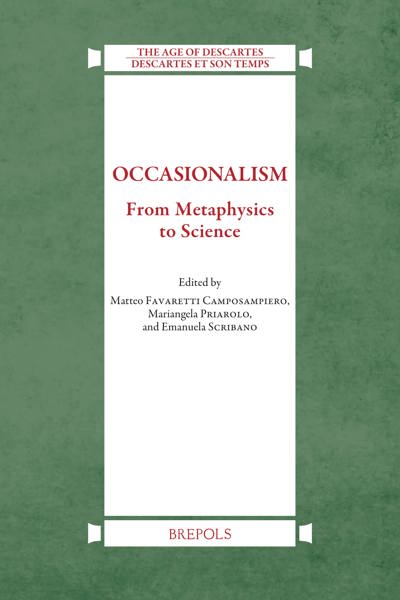 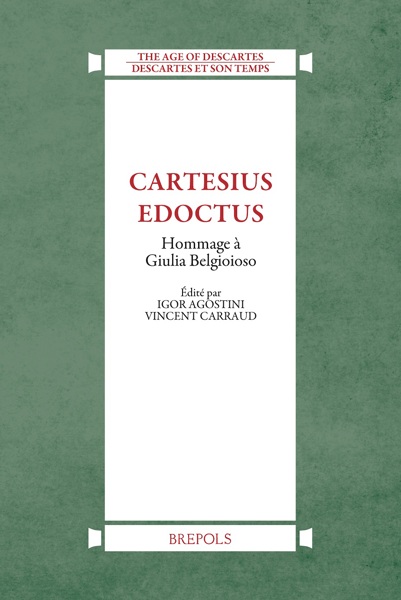 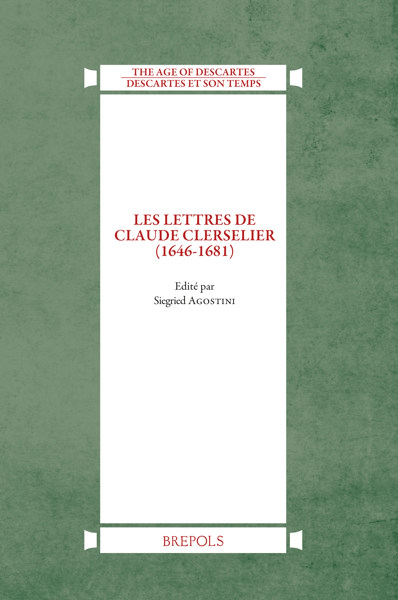