Book Series Victorine Texts in Translation , vol. 9
About this series 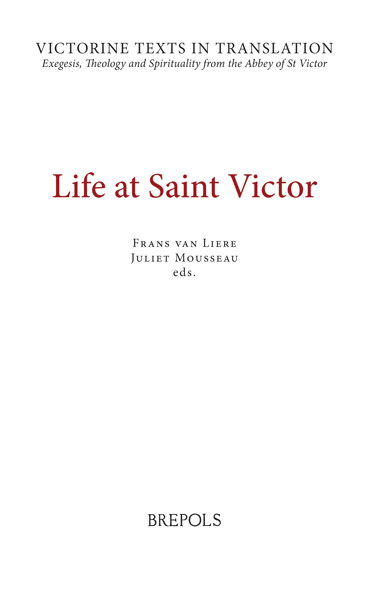 The Liber Ordinis, the Life of William of Æbelholt, and a selection of works of Hugh, Richard, and Odo of Saint Victor, and other authors

Juliet Mousseau is a Religious of the Sacred Heart of Jesus and professor of Church History at the Aquinas Institute of Theology in Saint Louis, Missouri

This volume brings together a number of texts that shed light on life in the Abbey of Saint Victor in Paris, from its ideals to its daily routine. The Liber ordinis builds a framework and ideal vision for life at the Abbey of Saint Victor. Richard’s De quaestionibus, Hugh’s De institutione novitiorum, the letters of Odo, William of Æbelholt’s Vita, and the other documents translated here reflect the spirit of Victorine reform. Its central theme was the vita apostolica, with its emphasis on sharing resources and living in a community. By incorporating prayer, pastoral care, moral discipline, and education, the Victorines believed their lifestyle would help to reform the greater Christian world that was so in need of restoration to the image in which God had created it. Many of the texts gathered here are translated into English for the first time, and are an invaluable resource for the study of the Abbey of Saint Victor, twelfth-century church reform, and medieval spirituality.

THE BOOK OF THE ORDER OF SAINT VICTOR IN PARIS
HUGH OF SAINT VICTOR, ON THE FORMATION OF NOVICES
RICHARD OF ST VICTOR, ANSWERS TO QUESTIONS REGARDING THE RULE OF ST AUGUSTINE
ODO OF SAINT VICTOR, SEVEN LETTERS ON THE RIGHT OBSERVANCE OF THE CANONICAL PROFESSION
THE LIFE OF WILLIAM OF ÆBELHOLT
THREE TEXTS ON LIFE AT SAINT VICTOR

Robert of Torigny, Description of the Founding of Saint Victor
Hildebert of Lavardin, Letter to Master William of Champeaux
Osbert of Saint-Victor, Letter to John, on the Last Illness and Death of Hugh 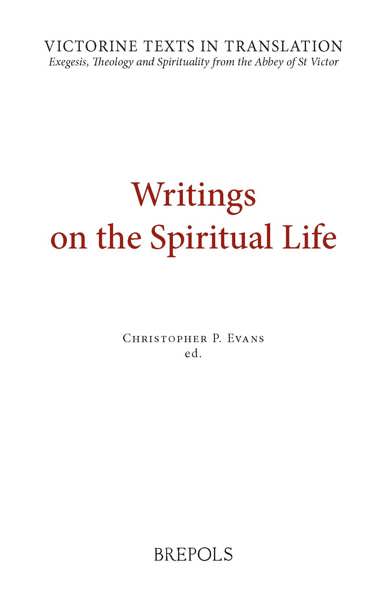 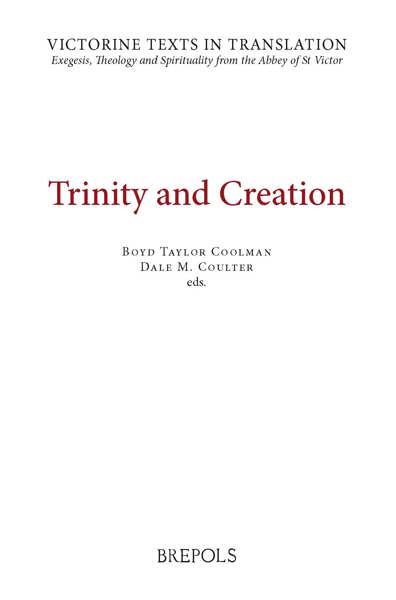 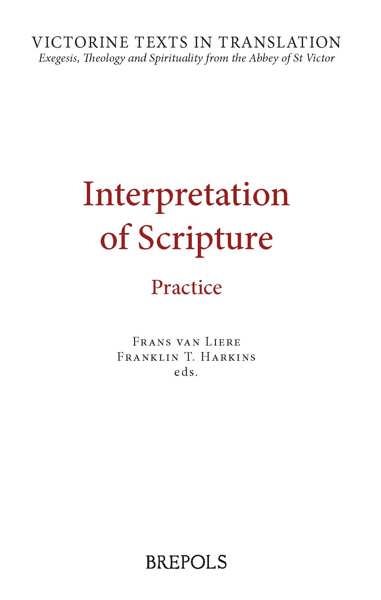 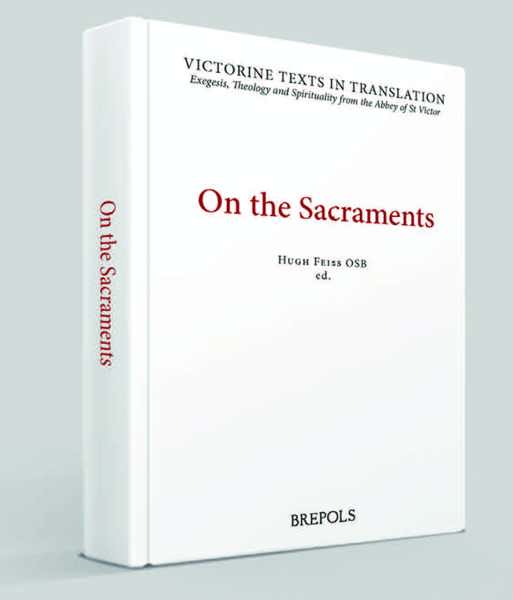 On the Sacraments View publication