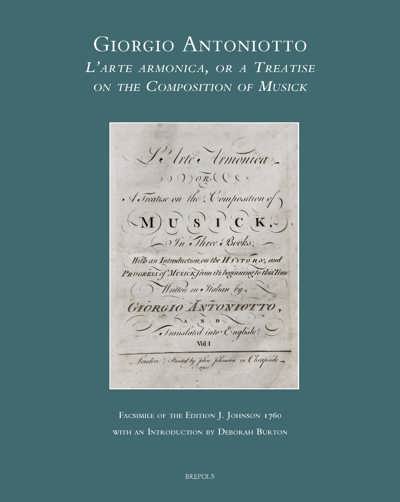 L’Arte Armonica or a Treatise on the Composition of Musick

Facsimile of the edition J. Johnson 1760, with an Introduction by Deborah Burton

Facsimile edition of the treatise "L'arte Armonica" by Giorgio Antoniotto

Deborah Burton is Associate Professor of Music at Boston Univeristy, and has taught at Harvard University, University of Massachusetts at Amherst, Florida International University, Fordham, University of Michigan and Adrian College. Her research concerns opera analysis, counterpoint, and the history of theory. Her recent monograph "Recondite Harmony: Essays on Puccini's Opera" was published by Pendragon Press in 2012.

Although Giorgio Antoniotto may not be known to many scholars today, he was not anonymous in his own time. A noble Italian living in London when he published his treatise in English, his subscribers included Avison, Burney, Arne, Hawkins and his friend, a certain "Dr. Johnson". This facsimile edition of the 1760 treatise brings the fascinating work to the public eye. In addition to filling a lacuna in the history of Italian music theory, Antoniotto’s treatise shows surprising emphases on Rameau’s fundamental bass, and on stacked thirds — beyond sevenths and ninths to thirteenths and even fifteenths. Further, the musical illustrations include several grids that are close relatives of the Tonnetz (associated with the late 19th-century theorists Oettingen and Riemann, and usually credited to Euler). In one such example, Antoniotto’s grid shows horizontal and vertical arrangements of perfect fifths and perfect fourths, with one diagonal as a whole-tone scale. After an introduction that summarizes musical development from the Greek system on, the treatise is divided into three books: the first discusses the general and natural systems, and the natural (major) and artificial (minor) scales. The second derives progressions from movements of the fundamental bass; the third covers figured bass, inversions, fugues, imitations, canons, cadences, accents (including expressivity of text), vocal types, expressive markings, recitatives and the genres of instrumental and mixed ensembles, the sacred, theatrical, and chamber music. Corelli’s Violin Sonata, opus 5/1 is used for demonstrations. 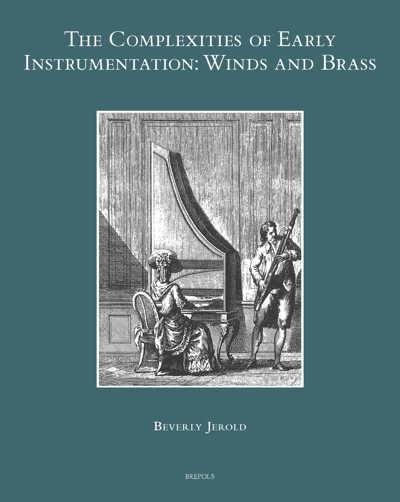 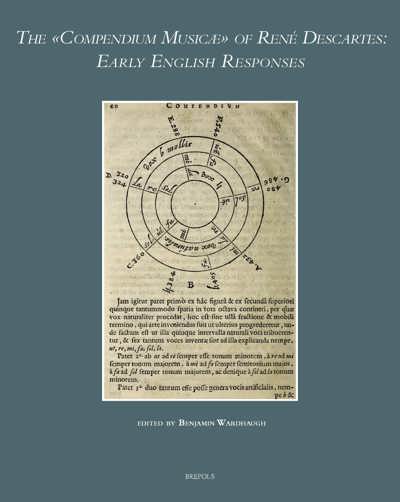 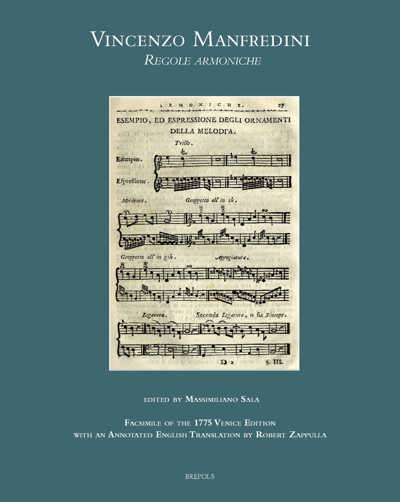