Book Series The Composer's Workshop , vol. 1
About this series 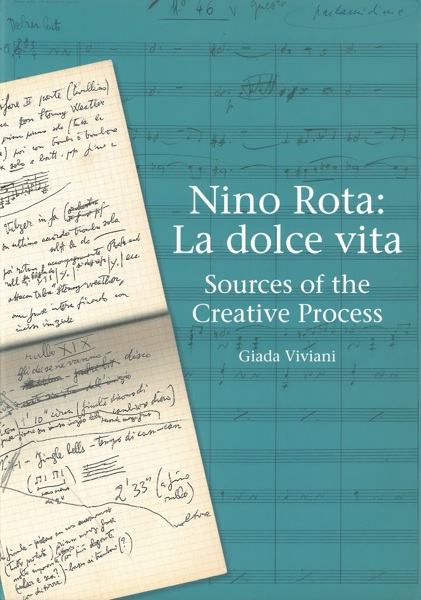 Sources of the Creative Process

Giada Viviani is an Italian musicologist. The focus of her research is in 20th Century classical Italian music, music philology and 17th-19th Century Italian Opera. Her research has been supported by prestigious scholarships (Yale University, Swiss National Science Foundation, Paul Sacher Foundation) and her academic writings have been published in six different languages. She is currently Research Fellow at the Department of Musicology in Cremona (Italy) and a lecturer at the University of the Arts in Berlin.

La Dolce Vita (1960) was the sixth film to originate from the fruitful collaboration between Federico Fellini and Nino Rota, which lasted from 1952 to 1979. The soundtrack was nominated for the Grammy Awards in 1962. Based on her investigation of the rich collection of sources held at the Fondazione Giorgio Cini, Venice, Giada Viviani has reconstructed the most significant phases of the composition process of the soundtrack and has documented the close relationship between Rota and Fellini.

The book illustrates the standard compositional process of the audiovisual sequences, the genesis of the music for the introductory titles and final credits, the management of sound effects and improvised episodes, and the adoption of pre-existing material. The introductory essay presents the composer, the context within which the creative process took place and early reviews, the film narrative structure and the role of the music in the overall drama. The text is complemented by a wide selection of sources reproduced in facsimile.