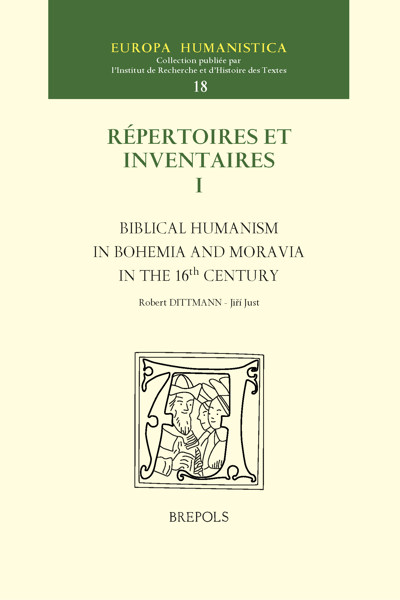 Biblical Humanism in Bohemia and Moravia in the 16th Century

Robert Dittmann, Ph.D., is a lecturer at the Faculty of Arts, Charles University in Prague. He published on place names in Czech Old Testament translations, the Kralice Bible and glosses in medieval Hebrew manuscripts.

Jiří Just, Th.D., is a researcher at the Institute of History of the Czech Academy of Sciences in Prague. He published on ecclesiastical history of the Bohemian Lands in the 16th and 17th centuries in European context.

Bohemia and Moravia are extraordinarily important in the history of biblical translation into the Slavic languages. In the mid-14th century the first complete translation of the Bible into a national Slavonic language, namely the Old Czech, appeared in Bohemia. Other works that exerted influence on translations of the Bible into Polish, Lusatian, or Ruthenian originated in the Bohemian Lands in the 14th to 16th centuries. The Old Czech biblical tradition found its successors in the 16th century producing a number of translations of the Bible or its parts into the Czech language. The present volume follows the transmission of the biblical text in the 16th century focusing on those translators who exploited incentives of the biblical humanism and, as a consequence, deviated to a various degree from the Latin Vulgate tradition. The pioneering work of the Náměšť New Testament translation of 1533, closely linked to the first grammar of the Czech language issued in the same year, was followed shortly after by others and found its peak in the monumental Six-Volume Kralice Bible which originated between 1579 and 1594 and decisively influenced Modern Standard Czech. The present volume brings bio-bibliographical information about the authors of the translations, translatological analyses of the works examined, characterization of their Czech language and new findings about the sources for the translations. The breadth and depth of analysis are unprecedented in the scholarship dealing with 16th century Czech translations of the Bible.

The book is divided into two parallel and mutually linked parts (I. Biographical sketches of translators and bibliography of prints, II. Linguistic analysis), each consisting of seven chapters (see below). The structure of the book, selection of prints examined and editorial note are described in an introductory part. Individual chapters describe biblical translations or their parts into Czech which were influenced by biblical humanism. The chapters are ordered chronologically according to the first edition of the translations described. The biographical information consists of information about the translation (period reports and reception, realization of the translation, copies preserved until today) and the translator (his studies, professional occupation, intellectual skills, confession and genres of his works important for the context of the work described and bibliography). The linguistic analysis aims at determining the sources of the translation, the translation strategy, the Czech of the translation and the impact of further tradition. The following works are analyzed:

2. The second Severin Bible of 1537 printed in Prague. It is a revised text of the first edition of 1529 and a very important text for further development of the Czech biblical translation. In both the Old and the New Testaments it deviates from the Vulgate to a certain even though limited degree. This Bible became the textual model for Melantrichʼs editions of the Bible.

5. Žaltář svatýho Davida, translated by Matěj Červenka and released in 1562 possibly in Prostějov. It is the first translation of the Unity of Brethren to include numerous non-Vulgate readings even though it was translated from a Latin version. The translation was fiercely criticized in Jan Blahoslavʼs grammar but in some readings it did influence the translation of Psalms in the Kralice Bible.

6. Two New Testament translations (printed in Ivančice in 1564 and 1568, respectively) by Jan Blahoslav, a bishop of the Unity of the Brethren, strongly influenced by Melanchthonian Reformation humanism. The translation was based on Greek-Latin versions of the Bezan and Erasmian tradition and quoted also the Greek text. It is a direct predecessor to the Six-Volume Kralice Bible. It originated as a counterpart to the Náměšť New Testament of 1533 and translations following the Vulgate. During the translation, Jan Blahoslav prepared a grammar of Czech intended also as a manual for future translation of the Old Testament. In the grammar various biblical sources and humanistic translations are mentioned which help us reconstruct the sources for the translation.

7. The Six-Volume Kralice Bible (1579–1594) and its reeditions before 1613. This Bible is the largest Czech humanistic translation and the first complete biblical translation into Czech to have been translated from the original languages (Hebrew, Aramaic, Greek). It was prepared by a group of scholars and priests of the Unity of the Brethren. The first edition was printed in six volumes in which the biblical translation was supplemented by extensive philological and theological commentaries. These should compensate for exegetical works. The translation reflects influences of Reformation confessional culture and in the following centuries it decisively influenced the Standard Czech. The Kralice Bible and Blahoslavʼs New Testament are therefore treated in the prepared publication most extensively. New findings enable to give a more accurate account of the whole process of translation and its cultural context. 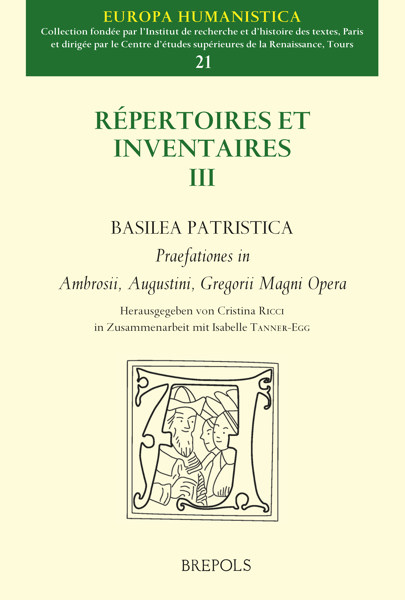 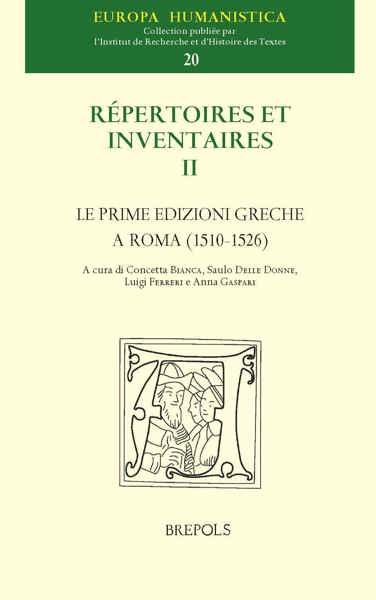