Book Series Studies in Viking and Medieval Scandinavia, vol. 3
About this series

Magic and Kingship in Medieval Iceland

The Construction of a Discourse of Political Resistance

Focusing on discourses of magic in thirteenth - fourteenth century Icelandic texts that are concerned with kingship, this book examines the performative and ideological functions of texts dealing with magic in contexts of social and political conflict.

"Meylan has provided thoughtful reflections on the possibilities found in the interstices between magic and poetry, magic and religion, and practice and discourse." (Adam Oberlin, in: The Medieval Review, February 2015, 15.02.07)

"In my opinion, Meylan's book offers an important contribution to the history of religions and the study of magic in Norse contexts. Since few scholars working in this field of research discuss the nature of the medieval texts thoroughly, their ideological content and meaning for the thirteenth- and fourteenth-century readers is also quite innovative. The method of using discourse analysis is also fruitful in this context, since for instance, it unmasks the problems and limits of historical and essentialist interpretations. Meylan has no doubt provided new perspectives, thoughtful reflections, and insights into the topic of magic and kingship in medieval Icelandic literature." (Olof Sundqvist, in: Numen 63, 2016, 329-333)

“Magic and Kingship in Medieval Iceland is a significant contribution to Old Norse studies. It is theoretically sophisticated, carefully argued, and does not overlook much of the relevant secondary literature. It is written with a clear sense of purpose, which makes it an enjoyable read. (…) Nicolas Meylan has (…) brought to light an important theme in the literary production of Iceland in the thirteenth and fourteenth centuries, and has provided it with a plausible context. Scholars in the field will have to take his findings into account in their future endeavors to achieve a better understanding of this fascinating literature.” (Torfi Tulinius, in Scandinavial Studies, 88/4, 2016, p. 478)

“This book is a welcome addition to scholarship of early Scandinavian magic for its focus on understanding textual sources in their thirteenth- and fourteenth-century context (…) the book is filled with interesting close analyses and solid scholarship that should prove useful to historians of religion and textual scholars alike.” (Hannah Burrows, in Parergon, 34/2, 2017 p. 238)

This volume examines the performative and ideological functions of texts dealing with magic in contexts of social and political conflict. While the rites, representations, and agents of medieval Scandinavian magic have been the object of numerous studies, little attention has been given to magic as a discourse. As a consequence, Old Norse sources mobilizing magic have been analysed mainly as evidence for a stable extra-textual phenomenon. This volume breaks with this perspective.

The book focuses on the use of discourses of magic in thirteenth- and fourteenth-century Icelandic texts concerned with kingship. It is argued that Icelanders constructed magic as a discursive answer to the increasingly pressing question of how to deal with the reality of their subordination to kings. This they did by telling stories of flattering Icelandic successes over kings brought about by magic in a bid to challenge dominant definitions and the social and political status quo. The book thus follows the conditions of emergence that made these subversive discourses of magic meaningful; it describes the various forms they were given, the various constraints weighing upon their use, and the particular political goals they served. 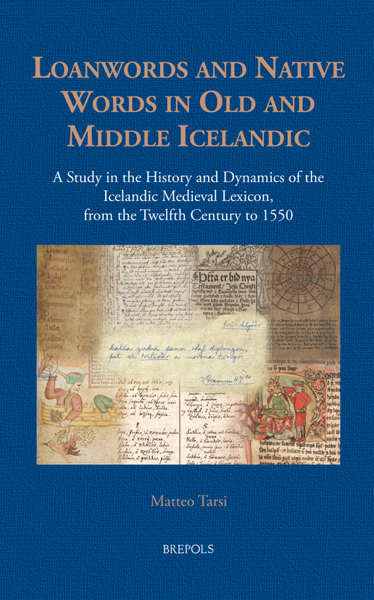 The Viking Age as a Period of Religious Transformation View publication