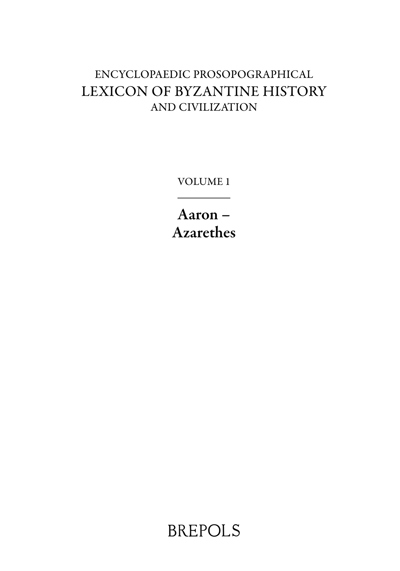 The Encyclopaedic Prosopographical Lexicon of Byzantine History and Civilization (EPLBHC) is a multivolume encyclopaedic lexicon aiming to cover the whole of Byzantine prosopography for the period c. 300 to c. 1500 CE by an estimated 7000 entries on the chief personalities, families and dynasties that gave the Byzantine Empire its profile.

The Lexicon makes available in an accessible way a vast array of subjects, so that the real themes of Byzantine history can shine through. It aims to spell out for ready consultation, with detailed bibliographies of sources and secondary works, what it takes to be conversant with Byzantine history and civilization.

The Lexicon consists of a collaborative international project: contributions have so far been submitted by over 70 scholars of a wide range of disciplines, including byzantinists, slavicists, orientalists and medievalists, based in numerous countries including Armenia, Belgium, Bulgaria, Canada, Cyprus, France, Germany, Great Britain, Greece, Italy, Russia, Serbia, Montenegro, South Africa, Tunisia, Turkey and the United States of America.

The Lexicon will consist of eight volumes of approx. 470 pages each. The publication programme commences in November 2007 with volume I (Aaron-Azarethes) and continue in Spring 2008 with volume II (letters B-E). The rest of the Lexicon is expected to appear in five more volumes. An eighth volume will contain the general bibliography, a cumulative index and eventual addenda et corrigenda. 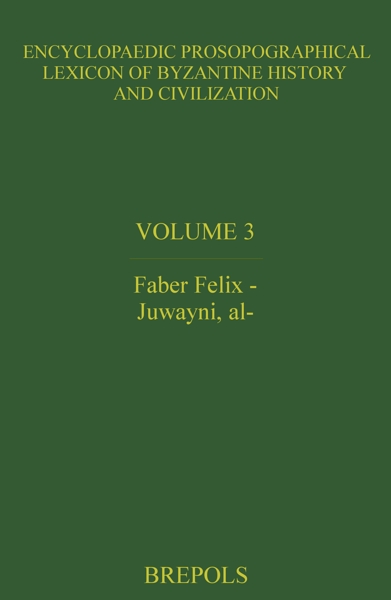 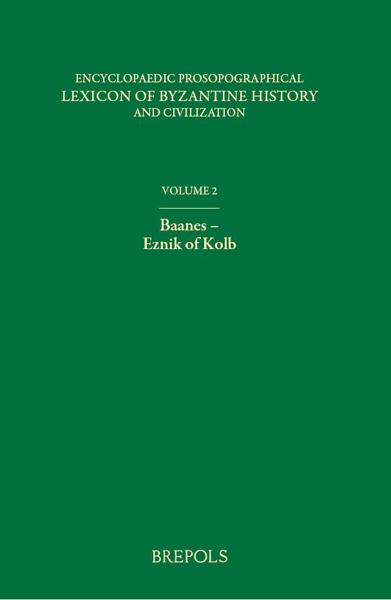