"This superb tome marks a giant leap forward for Caucasian studies and has already distinguished itself as an essential reference for specialists of medieval Georgian language and literature."

The present work, starting volume of the new Series Ibero-Caucasica, contains a complete edition of the Old Georgian texts in Asomtavruli script that are preserved in the lower layer of the famous palimpsest Codex Vindobonensis georgicus no. 2 of the Austrian National Library, Vienna. Based on a thorough analysis with the spectral imaging method provided by the MuSiS imaging system, more than 95% of the original content has been deciphered and restored. Of the 13 original manuscripts written in Asomtavruli script, six pertain to the so-called "Khanmeti" period of the Old Georgian tradition extending from the beginning of Georgian literacy in the 5th roughly to the 8th century A.D. The Khanmeti texts range from fragments of early translations of the Gospels (Matthew, Mark, Luke), parts of the Old Testament (Deuteronomy, Joshua, Judges, Esdras), and the Protevangelium of James to legends of Saints (Cyprianus and Justina, Christina). The post-Khanmeti texts (dating roughly from the 9th-10th centuries) comprise fragments of a Lectionary (lectures from Exodus, Isaiah, the Gospel and the 3rd letter of John, and Acts of Apostles), Old Testament texts (I and II Chronicles), and several homiletic texts (Epiphanius of Cyprus on Measures and Weights, Gregor of Nyssa on the Build of Man a.o.). In the edition, all texts are represented both in a diplomatic transliteration (in Asomtavruli script) and a plain transcription (in modern Mkhedruli script), together with digitally enhanced images of the pages concerned. Additionally, the text passages are contrasted line by line with the most relevant parallels (Old Georgian, Greek, Armenian, Syriac, Latin). The contents of the texts are summarized in several consolidated indexes. 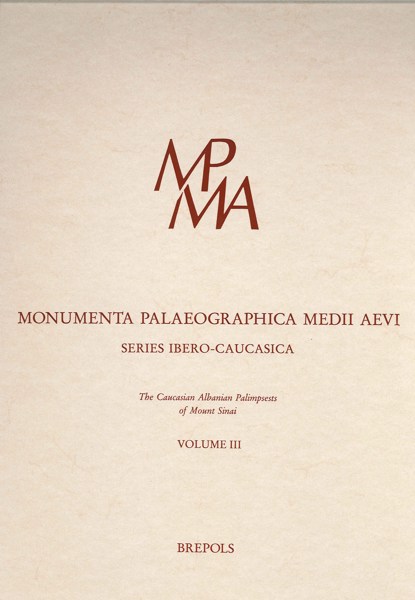 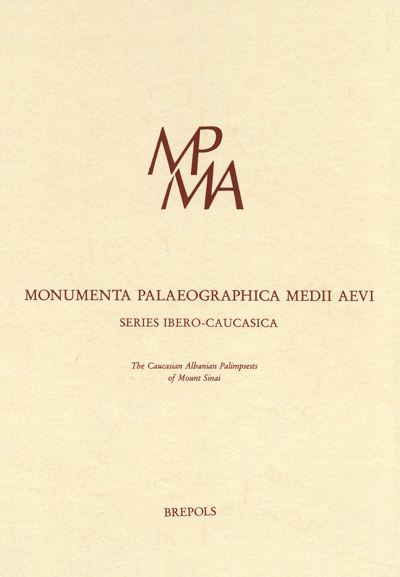