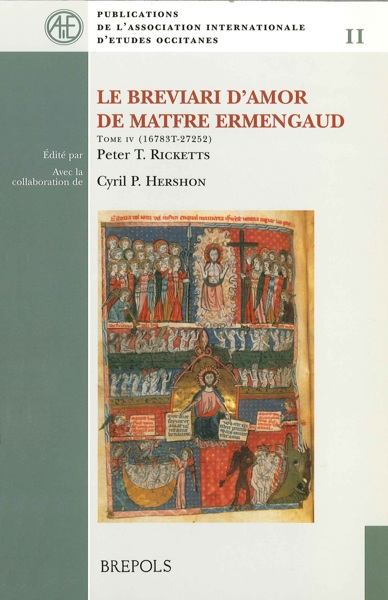 The Breviari d'Amor dates from 1288 (and was probably completed around 1292), is about 34,500 lines long and written in octosyllabic rhyming couplets. It exists in twelve full or almost full manuscripts and twelve fragments. It is written in Medieval Occitan and is the product in part of a long theological tradition and in part of the courtly tradition. This is the first edition to be published since the two-volume work of Gabriel Azaïs (1862-1881), which was of great merit for its time, but used only four of the manuscripts. The numbering of the present edition follows that of Azaïs, given the many works which allude to the Breviari.
This didactic text has necessarily been labeled as "encyclopaedic" and this is certainly not a matter of dispute, although, in terms of the subject matter, it is very unusual since the emphasis is not only theological but also courtly. It conforms to the general perspective adopted by summae but the particular integration of the theological aspects with the debate on the nature of fin'amor makes it unique.
Three volumes of text have been published, each with a selective glossary and bibliography, volume V (1976), which gives the final 7,000 odd lines with identification of the troubadour quotations (and a few others from the Old French trouvere tradition and from the non-lyric Occitan genres) and adds, in an Appendix, the letter of Matfre to his sister. This volume is now out of print, but a new edition, which adds a French translation, will be published very soon. The succeeding volumes respect the linear tradition of the Breviari, vol. II (1989), the first 8,800 lines, vol. III (1998), the next 8,000 approximately, published in the Publications de l'A.I.E.O.
The present volume, vol. IV, completes the text and ends at line 27252, taking the reader up to the beginning of volume V, which itself ends at line 34597. It deals with the nature of sin and its manifestation according to the classes and professions of society, and then examines the fundamental Christian virtue of love of one's neighbour. The concept of the tree of life is treated along with the three theological virtues, the four cardinal virtues and the seven gifts of the Holy Spirit. The matter of faith is discussed and six of the articles of the Credo. The volume ends with a treatise on the lives of the apostles, Andrew, John the Baptist and Thomas.
It is hoped that publication of volume VI, an exhaustive glossary (probably with a CD ROM of the text) will appear in the next three years, and, shortly after, volume I, the Introduction, to complete this huge enterprise. 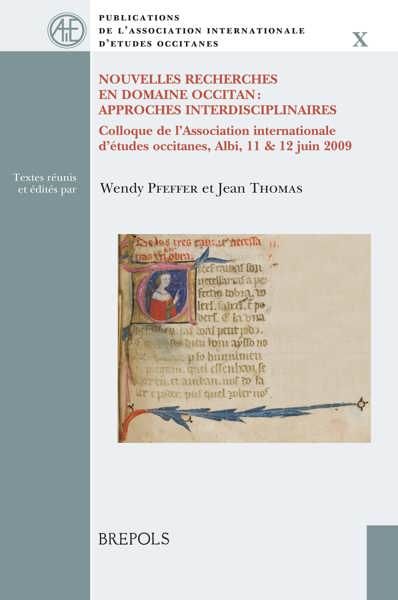 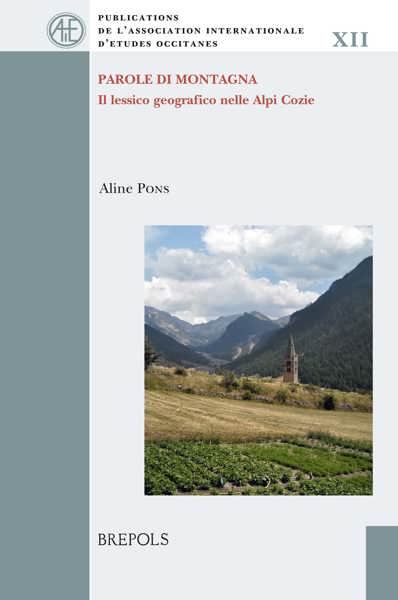 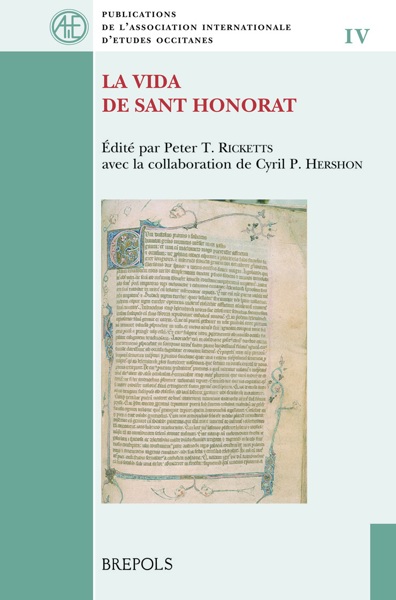 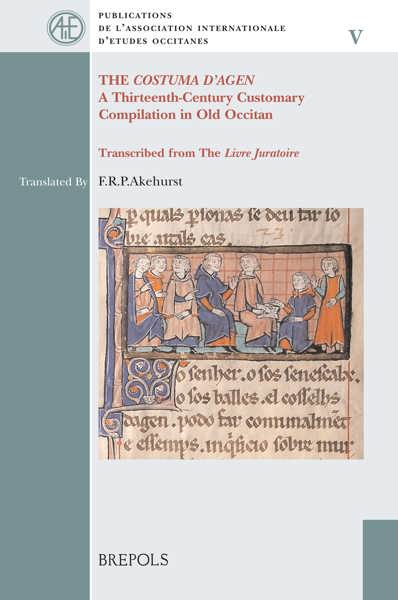