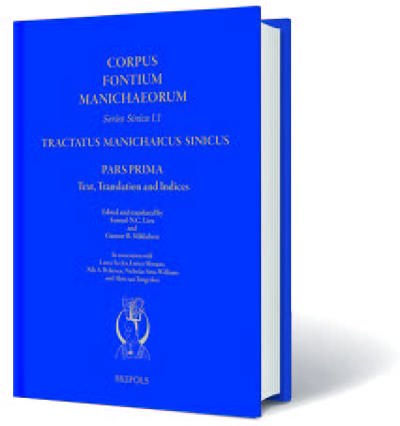 The first volume of the Series Sinica contains the text and translation of one of the longest and best preserved of all Manichaean texts in Chinese. Found in Dunhuang at the beginning of the last century, the discovery and first publication of the so-called Traité manichéen with French translation by Édouard Chavannes and Paul Pelliot (1911) was a sensation as it proved for the first time to Western scholars that the religion of Mani reached China from Iraq via Central Asia in the Tang period thanks to the Silk Road. This first-ever critical edition with English translation of the full document with revised editions of parallels in Parthian, Sogdian and Uyghur (Old Turkish) from Turfan by a team of experts is a major contribution to Manichaean scholarship. As the main subject matter of the text is the Light-Mind (Nous), it will undoubtedly be of interest to scholars of Gnosticism and of Medieval heresies. The text and translation are accompanied by a full set of word-indices, and a full-scale Commentary with additional textual material from Turfan will appear as Pars Secunda of the volume in the near future.