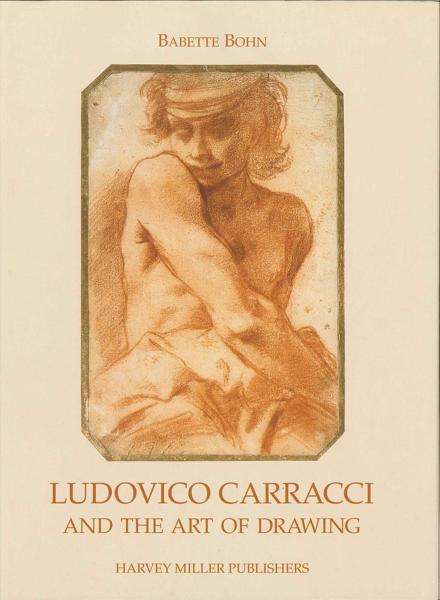 Ludovico Carracci and the Art of Drawing

"Thoroughly researched and carefully written, this commendable book is the fruit of much dedicated scholarship over a period of more than twenty-five years." (N. Turner in The Burlington Magazine, July 2006, p.491-492)

"Here, after studies spanning more than twenty-five years, Bohn's connoisseurship comes to full fruition. In bringing together in one volume both a thoughtful consideration of the draftsman Ludovico Carracci and a collection of 319 works, Bohn has provided a rich resource for students of the artist and his area." (R.R. Coleman in CAA revieuws, 6/16/2006 )

The primary goal of Ludovico Carracci and the Art of Drawing is to provide a ground-breaking model for a new kind of book on Italian drawings. In addition to covering the traditional scholarly terrain of chronology, style, and connoisseurship, this book utilizes up-to-date art historical methods, including considerations of the historical context of Bologna, its impact on Ludovico's art, and a new portrayal of the role of women and women artists in the city.
"Bologna is perhaps the last great artistic capital in Europe that...still offers the specialist the possibility for ground breaking studies." This quotation from a recent exhibition at the Metropolitan Museum testifies to the rich possibilities for research in this field. In 1983, Sydney Freedberg wrote a book on the three pivotal innovators in Italian painting at the turn of the seventeenth century: Caravaggio, Annibale Carracci, and the latter's cousin Ludovico Carracci (1555-1619). The dramatic intensity of Ludovico's paintings exerted a seminal influence on the direction of Italian Baroque painting. His highly individual renditions of his subjects make him one of the great interpreters of Italian art. Working in Bologna, the second city of the papal states, during the period of the Counter Reformation, Ludovico was well positioned to reshape religious painting during a period that demanded change.
Ludovico was a prolific draftsman who produced over 300 extant drawings. His drawings offer the key to his artistic personality, because he conceived his original subjects and planned his dramatic compositions in these sheets. Like most Italian artists of the early modern period, Ludovico developed his ideas in drawings and began painting only after his conceptions had been finalized. Thus his drawings reveal how he thought, how his ideas changed, and which features of a composition were most important or challenging to his creative imagination. Such drawings as these have tremendous appeal to modern audiences, who are attracted by the excitement of watching the creative process in progress, rather than seeing only the painting that represents the end of that process.
The Carracci have always been considered some of the most important draftsmen in Italian art, for their revival of drawing the human figure from life in the course of designing paintings. But Ludovico's drawings were not only preparatory studies for pictures. He was also an innovator in developing finished compositional drawings that were produced as works of art in their own right, made for sale to a new audience of private collectors in Bologna.
This book will be indispensable for university libraries, museum libraries, and the private libraries of all scholars, dealers, and collectors with a serious interest in Italian art. As a study of a major artist that breaks new methodological ground, the book will bring together fresh insights on the artist and his culture with a useful compendium of illustrations and will provide a model for future studies of draftsmen from the early modern period.

Babette Bohn is Professor of Art History at Texas Christian University in Forth Worth Texas. She has published widely on Italian prints, and paintings of the sixteenth and seventeenth centuries.