Book Series Publications of the Dictionary of Old English, vol. 8
About this series 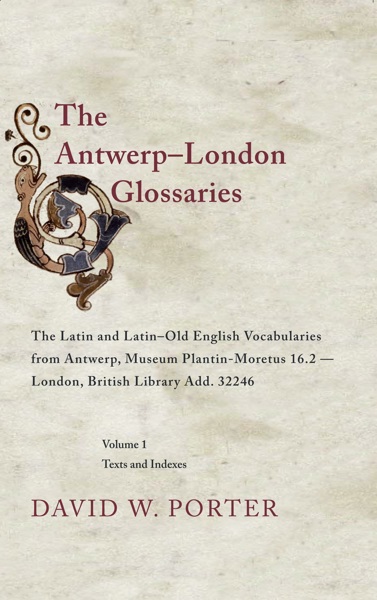 The Antwerp-London Glossaries are eleventh-century descendents of the earliest school text in the English language. In their earliest form they played a central role at the seventh-century school of Canterbury; they contributed material to the fundamental texts, dated to the 600s, known as the Leiden Glossary and the Épinal-Erfurt glossary.

A varied collection with five distinguishable parts, the glossaries have at their heart a late Latin encyclopedia, the Etymologies of Isidore of Seville. The longest glossary lists thousands of Isidorian headwords and gives definitions in Old English. A second long glossary with two alphabetical components has some material that is even older. In addition, two small lists share some material with these longer texts.

The glossaries are an important witness to the composing of the first encyclopedic work in our language. In shaping basic school texts, this encyclopedia became a crucial medium for translating Classical learning to an Insular environment. It put its stamp as well on the production of original works by the first generation of English writers, including Aldhelm, a Canterbury alumnus.

The Antwerp-London Glossaries are perhaps the last long Old English text never to have been properly edited. This edition is accompanied by textual apparatuses and complete English and Latin indexes. A second volume will include introduction, translation, and explanatory notes.