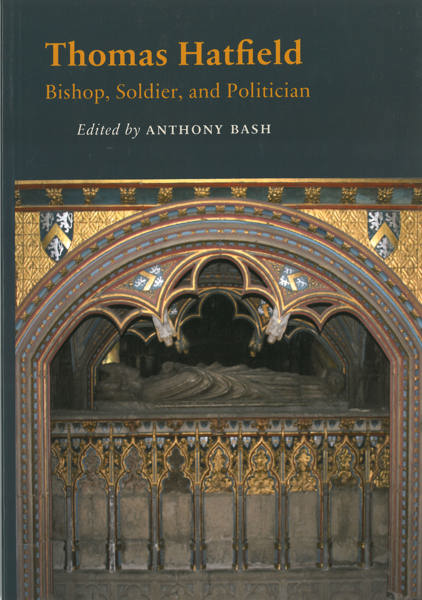 Thomas Hatfield (c. 1310–81) rose to become a valued royal servant under King Edward III. In 1345 he was elected Bishop of Durham, an office he held until his death. As bishop he retained a strong connection with royal service and helped manage northern England and England’s relations with Scotland. At the same time, he remained a dedicated advocate of the autonomy of the Durham palatinate over which he ruled as bishop. Hatfield’s long episcopacy ensured that he made his mark on his bishopric and on the cathedral church of Durham, where his tomb is still seen. Hatfield College, Durham University, is named after him.

Based on a series of lectures given at Hatfield College in 2010, the assumed seven hundredth anniversary of Thomas Hatfield’s birth, this volume highlights the unique military, political, and clerical roles Hatfield performed and his notable legacies. The studies in this volume advance knowledge of both the man and his remarkable career and, in so doing, enhance understanding of the wider secular and religious world in which he lived.

Dr Anthony Bash is an Honorary Research Fellow in the Department of Theology and Religion at the University of Durham, and is the author of Forgiveness and Christian Ethics (2007) and Just Forgiveness: Exploring the Bible, Weighing the Issues (2011).