Book Series Studies and Texts, vol. 219
About this series 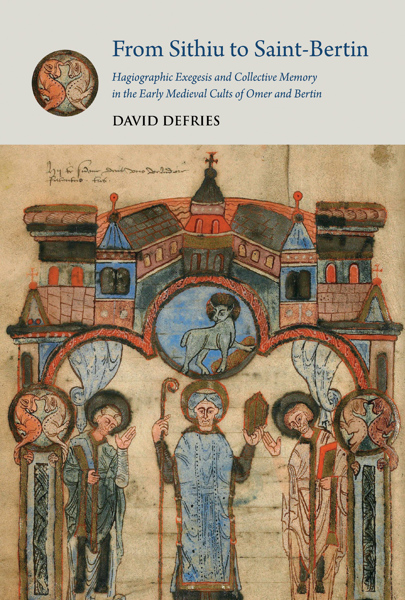 “Defries’ approach to the texts in question is methodologically innovative (…)”. (Felice Lifshitz, in The Medieval Review, 10/05/2022)

Medieval historians who have explored the abbey of Sithiu (modern Saint-Omer) have often done so to explain the competition between the canons of Saint-Omer and the monks of Saint-Bertin, a rivalry deriving from their shared origins in the abbey of Sithiu. However, David Defries’s book centers on the cooperative relationship that developed between the saints Omer and Bertin in the monks’ collective memory. Throughout the early Middle Ages, the cults of the abbey’s two patron saints shaped the life of the community at Sithiu, and the first four centuries of its development reveal how a group of monks negotiated their place in the larger Christian West, adapting Columbanian and Benedictine identities to fit the relationship they discerned between Omer and Bertin.

This argument has broad implications for the study of early medieval collective memory. The intellectual culture of Sithiu was typical of the early medieval West, and all the texts considered date between c. 740 and c. 1148, situating them in a period when writers trained in monasteries like Sithiu produced the vast majority of western European literature. From Sithiu to Saint-Bertin may thus be seen as a preliminary case study for the value of paradigmatic approaches to early medieval memory.