Book Series Interdisciplinary Studies in the Middle Ages and the Renaissance , vol. 1
About this series 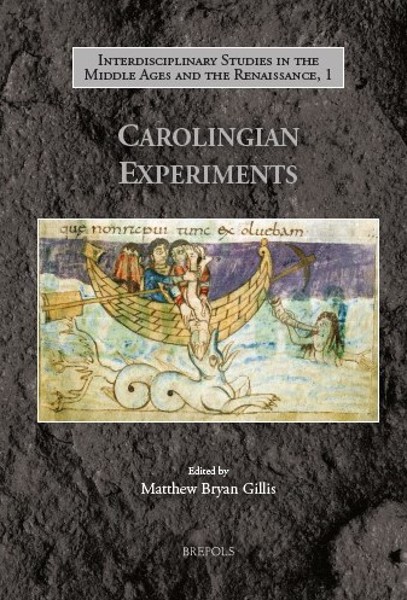 These essays ask new questions and use novel approaches to uncover how the Carolingians experimented politically, religiously, socially, and intellectually, highlighting the range and depth of Carolingian invention, and suggesting that their imperialism and reform were effective because they stimulated and nurtured potent, creative impulses. Overall, Carolingian Experiments encourages readers to see that much remains unexplored, unknown, and even unexpected about the Carolingians and their world.

Matthew Bryan Gillis is Associate Professor in the History Department at the University of Tennessee, Knoxville. He is the author of Heresy and Dissent in the Carolingian Empire: The Case of Gottschalk of Orbais (Oxford University Press, 2017), and the series editor for Renovatio—Studies in the Carolingian World (Trivent Publishing). Presently, he is writing a book on religious horror, heroism, and holy war in Viking Age Francia.

Carolingian Experiments presents essays exploring how the Carolingians (ca. 700–ca. 900 CE) — a regime known especially for concerns over imperial power, order, and moral correction — fostered a remarkable era of experimentation in medieval Europe. The scholars featured here ask new questions and conduct their own methodological experiments to uncover some of the many ways that people innovated within the Carolingian world. To that end, numerous themes are covered in this volume: culture and society, family and politics, religion and spirituality, literature and historiography, law and hierarchy, epistemology and science. This array of scholarly experiments reveals some of the range and depth of Carolingian invention. Furthermore, the essays consider how Carolingian innovation can be found in places both more and less known today, employing novel approaches to unearth some unexpected, even uncanny phenomena. This volume consequently offers a defamiliarizing view of the Franks, unveiling them as a people whose seemingly straightforward imperialism and reform were effective precisely because they stimulated and nurtured potent, creative impulses. In fact, one might argue that the Carolingian world’s conservative, moralizing authorities — despite, or perhaps at times because of, their determination to instil correct thought and behaviour in their subjects — fostered many varieties of experimentation. Collectively, the authors of this volume seek to inspire new thinking about the Carolingians, while modelling alternative approaches and potential avenues for future research. Carolingian Experiments overall encourages readers to see that much remains unexplored, unknown and even unexpected about the Carolingians and their world.

Part One: Structures Familiar and Otherwise

Carolingian Imperial Biography and the Memory of Spain — Anne Latowsky

The Historian Hrabanus Maurus & the Prophet Haimo of Auxerre: Experiments, Exegesis, and Expectations Emerging from the Ninth Century — Matthew Gabriele

Part Two: The Struggle Against Sin

The Call of the Siren: Sex, Water, and Salt the Sacramentary of Gellone — Lynda Coon

By the Body Betrayed: Blushing in the Penitential State — Courtney Booker