Courts and Courtiers in a Global Context 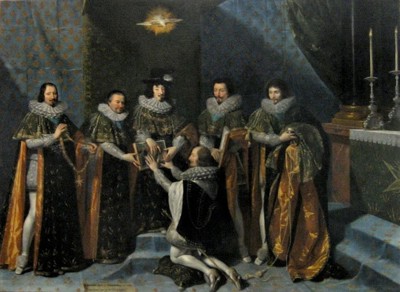 Since the 1990s, court studies has emerged as a fruitful scholarly means for investigating the social, political and cultural contexts surrounding ruling princes or dynasties in the pre-modern world. A few book series have emerged that allow scholars to employ modern scholarly research methods—often borrowing tools from the fields of sociology or anthropology—to the study of rulers or ruling families, but often these are too narrowly focused on monarchs or on only one country or region. The aim of this series is to look at the wider support networks that surrounded princes and their families—the courtiers—and with a particular focus on a comparative approach. In most princely states, around the world, the court evolved from a small household that looked after the day-to-day needs of a ruler into a much larger and more complex structure that coordinated affairs of state, noble socialisation and patronisation of the arts. How this process differed from region to region has yet to be explored fully. This series will attract historians of diplomacy, politics, dynasticism, patronage of art, architecture and music, and so on. Too often scholars in these disciplines have remained separated by geographical confines, for example Europe vs East Asia. Another barrier has been periodisation, limiting scholarly conversations between scholars of the Middle Ages and the post-Revolutionary age. This series will focus mostly on the period between 1450 and 1900, but will be open to wider suggestions, particularly as Western chronological divisions are often meaningless in non-Western contexts. The court at its best was a locus of exchange, of noble socialisation, of artistic and fashionable inspiration, of diplomatic secrets, of religious heresy, and so on. The are many colourful stories to be told and scholarly ideas to be stimulated through a comparative approach. An ambassador from the court of Siam to the court of Versailles, such as those who visited in 1686, might have marvelled not so much at the differences, but at the similarities between the two court cultures.

Jonathan Spangler is a specialist in the history of monarchy and the high court aristocracies of Europe, with an emphasis on France and the Duchy of Lorraine. Recent publications include the co-edited books Dynastic Change: Legitimacy and Gender in Medieval and Early Modern Monarchy (2019); Power and Ceremony in European History (2021); and the monograph Monsieur. Second Sons in the Monarchy of France, 1550-1800 (2021). He is a senior lecturer in history at Manchester Metropolitan University (UK) and senior editor of The Court Historian.

Fabian Persson studies the history of the early modern court but has also written on royal residences, corruption, and dynasties. Writing on Sweden he strives to use comparative perspectives discussing these issues. Recent books are Survival and Revival in Sweden's Court and Monarchy, 1718–1930 (2020) and Women at the Early Modern Swedish Court: Power, Risk, and Opportunity (2021). He is a Reader (docent) in history at Linnaeus University (Sweden).